Tabu did not shoot in Kashmir for `Fitoor` 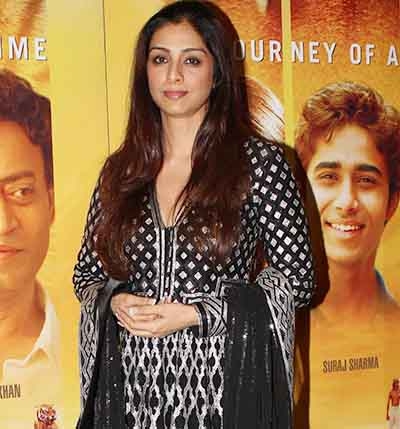 New Delhi: Noted bollywood actress Tabu, who will be soon seen in Abhishek Kapoor’s ‘Fitoor’, has clarified the air on filming for her latest in the beautiful locales of Kashmir.

The 44-year-old actress, who was present at the Royal Stag Barrel Select event in the national capital, told exclusively to ANI that she did not shoot in Kashmir for ‘Fitoor’ and instead completed the filming in Poland and Mumbai.

The actress refused to shed light on her character in the movie based on Charles Dickens’ ‘Great Expections’. Tabu extensively shot in Kashmir in 2014 for Vishal Bhardwaj’s commercially and critically hit ‘Haider’.

Veteran actress Rekha was earlier roped in for ‘Fitoor’, however the actress backed out due to some issues and Tabu stepped-in her shoes.