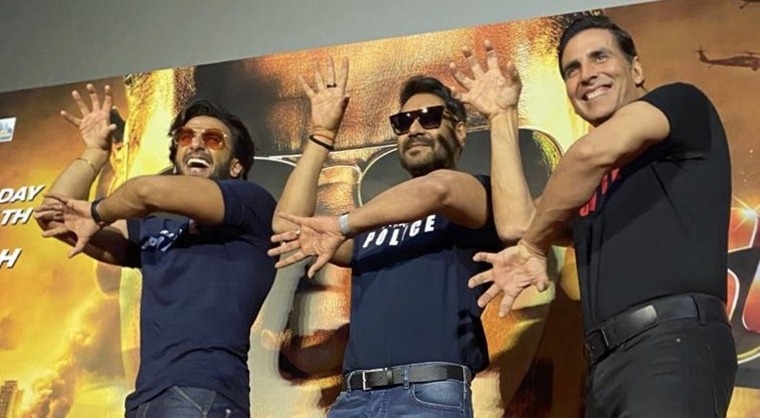 New Delhi: Cars, bikes, guns, drama, fight and not to forget some powerful dialogues, the trailer of Rohit Shetty's cop universe flick 'Sooryavanshi' released on Monday has all this and a lot more.

As expected, the trailer of the much-anticipated movie is all guns blazing with action, just like the director's past outings.

The lead actors of the flick, Akshay Kumar, Ajay Devgn and Ranveer Singh, had shared the news of the trailer release on their respective social media handles.

Clocking in at four-minutes and 15-seconds, the trailer begins with a voice-over along with snippets of blasts that have rocked the city of dreams, Mumbai, in the past.

As the video shows the country on the cusp of a war, Akshay Kumar is introduced as a promising cop, who makes a dramatic entry by jumping off from an aircraft.

Katrina Kaif makes a blink-and-miss appearance in the trailer as she plays the romantic interest of the 'Kesari' actor. A brief glimpse of their love and family life is shown in the power-packed trailer.

After a short and sweet dose of love, the trailer is back to business as Akshay's team has set out to probe the case at hand.

Two minutes into the trailer video, Akshay's Sooryavanshi introduces Ranveer Singh, Simmba, who is also involved in probing the case with the rest.

The movie shows Singham, Simmba and Sooryavanshi coming together for the first time.

Jackie Shroff is seen as the antagonist in the movie, who is on a mission to "turn down the fate of Hindustan".

The cop trio puts forward a grand entry and has resolved to fix the prevailing mayhem.

The cop action flick will hit the big theatres in the evening of March 24. 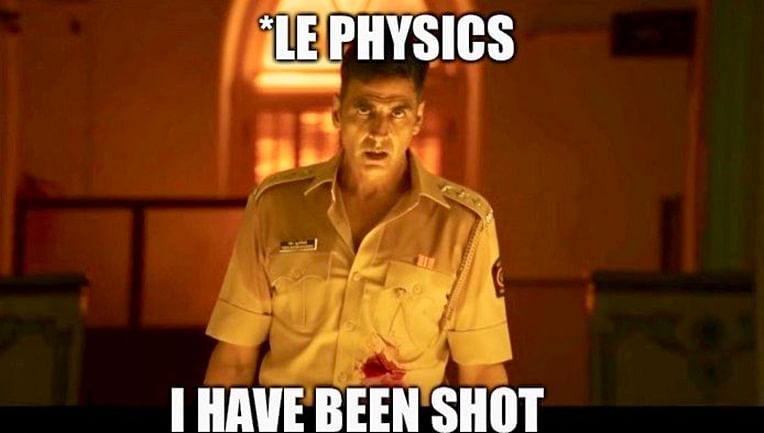