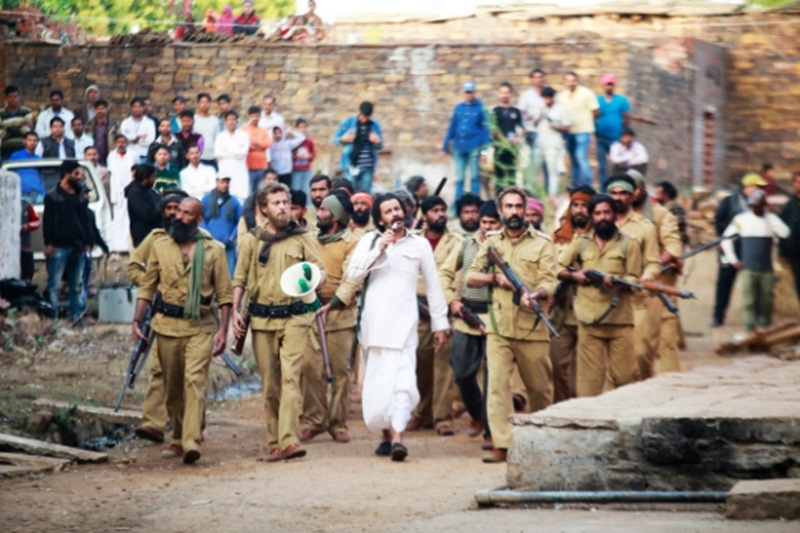 Son Chiriya, starring Sushant Singh Rajput, Bhumi Pednekar, Manoj Bajpayee, Ranvir Shorey, and Ashutosh Rana in lead roles, presents tale set in the era of dacoits. It promises to be a power packed action film giving a glimpse of the glorious years if dacoits in central India. A huge group of bodyguards was appointed to protect all the cast and crew from the real dacoits who are still active in some parts of the Chambal, where most part of the film has been shot.

The story of Son Chiriya is set in the 1970s showcasing a small town ruled and dominated by dacoits. Multiple gangs fight over the struggle to attain power. The cast dons fierce avatars in sync with the theme of the film. Shot in the valleys of Madhya Pradesh, Son Chiriya presents an ensemble cast with an intriguing storyline.

Directed by Abhishek Chaubey, who has earlier presented Udta Punjab and Ishiqiya, Son Chiriya presents a rooted tale set in Chambal. Produced by Ronnie Screwvala‘s RSVP, the movie is slated to release on 1st March 2019.