HomeEntertainmentShehnaz Gill's father after receiving death threat: 'Will leave Punjab if no arrests are made'

Shehnaz Gill's father after receiving death threat: 'Will leave Punjab if no arrests are made'

In December 2021, after joining the Bharatiya Janata Party, he was attacked by two men

Singer-actor Shehnaaz Gill's father Santokh Singh Sokhi Gill, who recently received a death threat, on Saturday said he will leave Punjab if no arrests are made.

Singh said that he has filed the police complaint after the threat call. He further alleged that the caller identifying himself as 'Happy' has threatened to kill him before Diwali.

"I reached the SSP of Amritsar Rural Police on Saturday to file a complaint," he said.

"Today, we submitted a complaint to SSP Amritsar Rural. Yesterday, I got a threat call from a person named Happy who threatened to kill me before Diwali. I think they want to target me because I am a Hindu leader," said Santokh Singh. 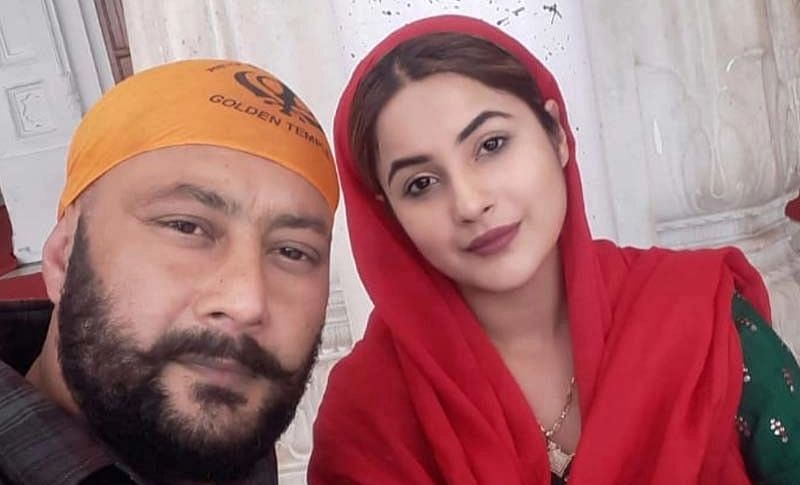 Urging the police authorities to investigate into the matter, he said, "If no arrests are made, I will soon be forced to leave Punjab and settle elsewhere."

In this regard, Superintendent of Police (SP) Jaswant Kaur assured, "The incident will be investigated and action will be taken."

This is not the first time Santokh Singh has been threatened. Reportedly, in December 2021, after joining the Bharatiya Janata Party, he was attacked by two men. As per reports, he was sitting inside his car when two unidentified assailants arrived and shot at him.

It is pertinent to mention that his daughter Shehnaaz gained fame after her stint on Bigg Boss 13.