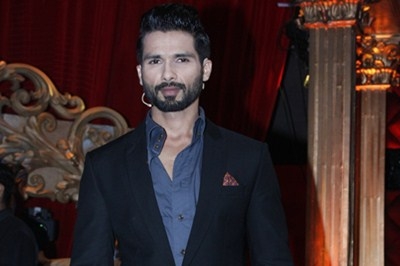 Actor Shahid Kapoor, who became the latest victim of an online hack, took to Twitter to inform his fans and followers that his Facebook account has now been restored, reports IANS.

“Facebook account has been restored…Ganpati Baapa Morya,” Shahid wrote on the micro-blogging website.  Earlier on Sunday night, the “Haider” actor wrote on Twitter about the hacking. “My Facebook account has been hacked and will be restored shortly. If you see anything ambiguous please know it’s not me,” he wrote.  However, no irregular activity was seen and he could restore the account before matters got worse. This is not the first time an actor’s account has been hacked on social media platform. Earlier this month, megastar Amitabh Bachchan faced a similar issue when his Twitter account was hacked.

Shahid is curious to watch TALVAR

Actor Shahid Kapoor, who is gearing up for his forthcoming film “Shaandaar”, says he is keen to watch Meghna Gulzar’s “Talvar”, which is based on the 2008 Aarushi Talwar murder case, reports IANS.

“I am curious to see in which angle the story has been presented. I think entire country is waiting for to watch the movie,” Shahid said at the GQ award event here in Mumbai.  Shahid also praised the film’s actors Irrfan Khan and Konkona Sen Sharma. “Considering Konkona and Irfan sir are in the film, both are fine actors. So I am sure the film is really good,” he said.

Filmmaker Vishal Bhardwaj, who has penned the story of “Talvar”, also directed the caper thriller “Kaminey”, in which Shahid essayed the role of twin brothers. Last year, he directed Shahid in “Haider”, for which he won the Best Actor award at the 60th Filmfare Awards.   Now, Shahid and Vishal have once again has teamed up for “Rangoon”, a period film set during World War II.