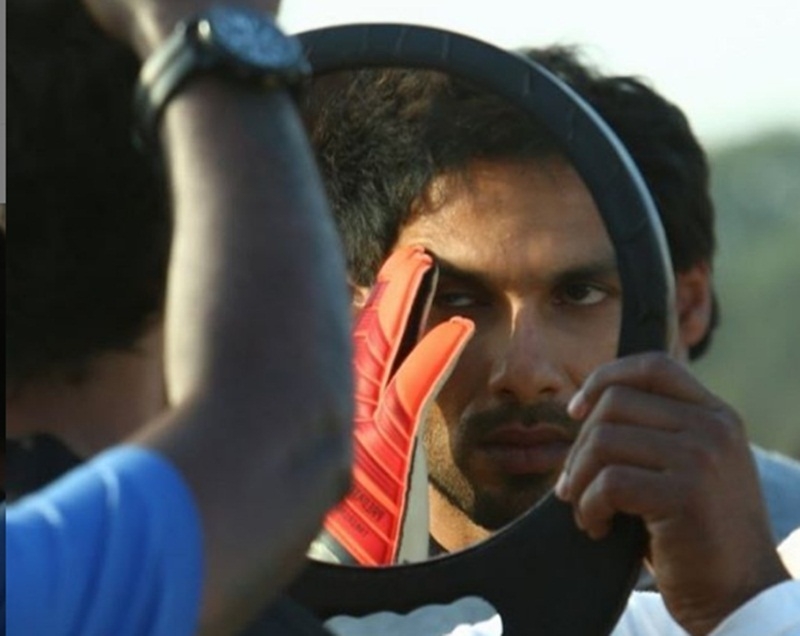 Every new film comes with various experiences and opportunities of trying out new things. The actors always put their best foot forward and leave no stone unturned to get into their characters. Some work on their physiques for a specific role, while others master a new skill or a new look.

And seems like, Shahid too is charged up for his role and is having a great time shooting for his upcoming film ‘Kabir Singh’. While his fans love Shahid revealing new details and anecdotes from his film, it is also adding to their excitement. Teasing his followers, Shahid shared a new glimpse from the sets of the movie on his Instagram account.

He captioned it as, “Prepping for the rage. #kabirsingh.”

Prepping for the rage. #kabirsingh

In the still, we can see Shahid’s in an intense avatar. It appears as if he was prepping for an action-packed shot. The actor can be seen wearing orange coloured gloves and looking with rage at the mirror.

The movie is a Hindi remake of Telugu hit film ‘Arjun Reddy’. Apart from Shahid, it also stars Kiara Advani as the leading lady of the film.

While ‘Padmaavat’ star will be playing the lead role in the movie, Advani who was recently seen in Netflix’s ‘Lust Stories’ will essay the role of Preeti.

The original blockbuster starred Vijay Deverakonda and Shalini Pandey in the lead roles. The story is based on Arjun Reddy, a successful young medical surgeon, who sets out on the path of self-destruction when his lady-love is forced to marry another man.

The film is directed by Sandeep Reddy Vanga and produced by Bhushan Kumar, Murad Khetani, Krishan Kumar and Ashwin Varde. The flick which went on floors in August, will hit the big screens on June 21, this year.