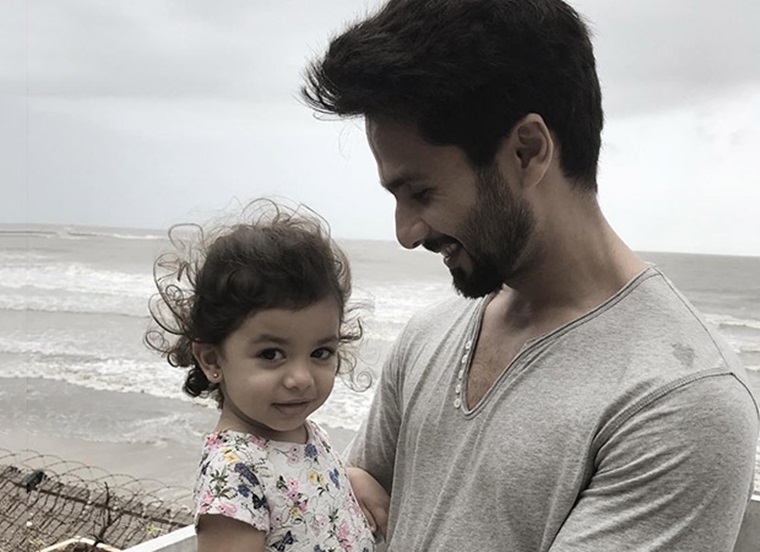 Shahid Kapoor has been a doting father who has been working in a lot of movies almost throughout the year. He appeared as a guest on the 4th season of No Filter Neha where he spoke about how he had an identity crisis when his then 1.5 years old daughter Misha couldn’t recognise him. This was after he had come back from shooting Padmaavat and visited his in-laws’ place a day or two later after Mira and Misha.

Cause she knows she can do it all better.

While speaking to Neha on the show he revealed, “I had an identity crisis because she didn’t recognize me! It was at Mira’s parents’ house, I reached there probably a day or two after they had reached because I was just finishing some stuff up, and she just refused to recognize me. She was what, 1.5 at that time and I was dying to hold her and meet her and run around with her and talk to her and she was with the maid taking a walk in the garden, and Mira had gone to meet some relatives, and I reached early and I wanted to take her in my arms and she came to me and started crying.”

Moments we live for.

He further elaborated, “When I was talking to her, she was staring at my mouth and looking at my face and it was not making sense to her because she was like I know that voice but I don’t know this face, I didn’t have my beard. I do look different with and without my beard. It does make a big difference; I shouldn’t have done it like this.”

Shahid Kapoor will next be seen in the remake of Nani’s Jersey. She has all her life to figure out : Shahid Kapoor on Mira Kapoor's Bollywood debut
Advertisement