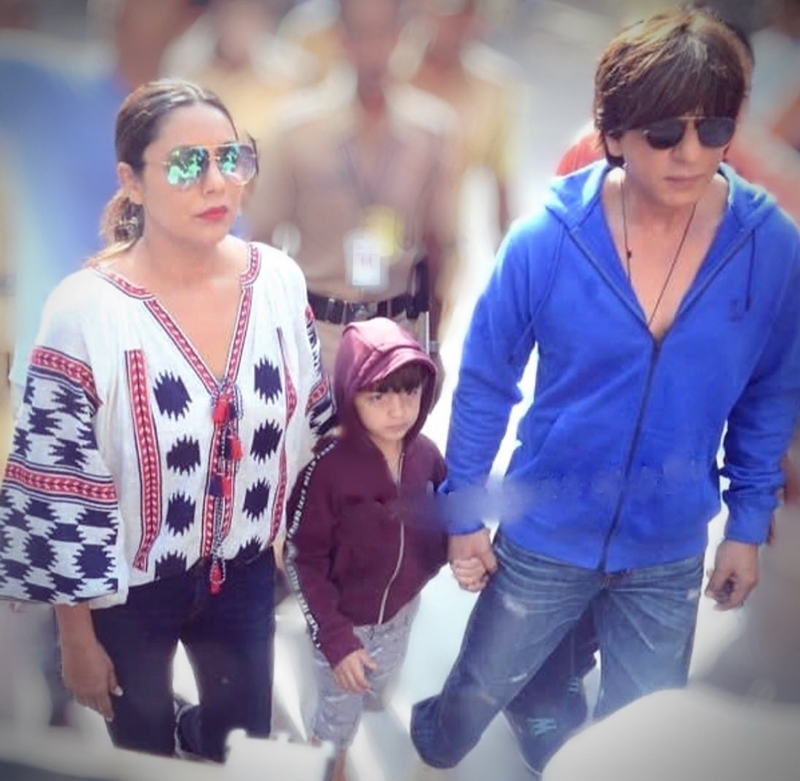 Mumbai: Bollywood superstar Shah Rukh Khan took his young son AbRam to a polling booth on Monday while casting his vote as the little one was confused between “boating” and “voting”. The film star tweeted, “Little one was a bit confused between ‘boating’ and ‘voting’, so took him along to experience the difference.”

Little one was a bit confused between ‘Boating’ and Voting, so took him along to experience the difference. pic.twitter.com/8X6DsTP8bc

Shah Rukh was present along with his wife Gauri Khan to cast his vote in the fourth phase of the Lok Sabha elections here in Mumbai.

It was also a baby’s day out for some of the star children like Taimur Ali Khan who came with mother Kareena, Yug Devgn who came with his parents Ajay and Kajol Devgn.