The special glimpse of ‘RRR’ movie was unveiled for the audiences today and it was everything the fans would have hoped for.
FPJ Web Desk 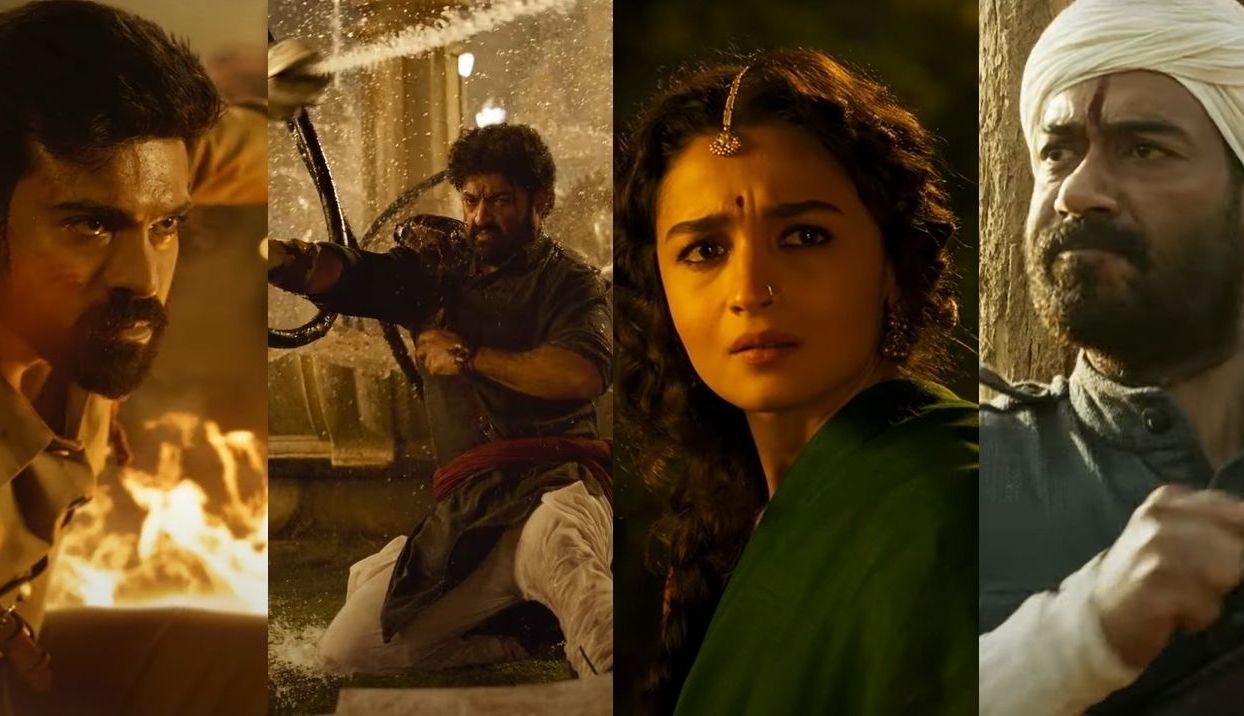 2022 is set to begin with the year's biggest blockbuster, ‘RRR’. The film is helmed by the very talented director SS Rajamouli. The movie features biggest names from multiple industries who are all set to star together in the magnum opus and the film is on path to be a bigger project than the ‘Baahubali’ franchise.

The makers ahead of film's release have planned to unveil a special glimpse of the film starring Ajay Devgn, Alia Bhatt, Jr. NTR and Ram Charan. The Telugu-language period action-drama film is produced by D. V. V. Danayya of DVV Entertainments.

The special glimpse of ‘RRR’ movie was unveiled for the audiences today and it was everything the fans would have hoped for. The 45 seconds clip showed fierce battle fields, worried Alia, an angry duel, serious mode Ram Charan and what not. The build-up was aplenty and the fans are more hyped up than ever for the film's release.

The film has been touted to be a visual spectacle and is set in pre-independence India, the film is a fictional take on the younger days of celebrated freedom fighters, Komaram Bheem and Alluri Seetharamaraju, portrayed by Jr. NTR and Ram Charan respectively.

The hype around the film has been surreal and recently the movie headlined first of its kind partnership ahead of the release. India's biggest theatre chain, PVR will now be known as PVRRR as the two heavyweights have now collaborated.

SS Rajamouli who is one-of-a-kind directors returns to direction after his much-acclaimed Baahubali franchise. Also, if the hype is to be believed then there are mentions of ‘RRR’ being an even bigger film than ‘Baahubali’ and this is the kind of love and fame the movie enjoys before even having been released.

The biggest multi-starrer of India features, Ram Charan, NTR Jr along with Ajay Devgn and Alia Bhatt. The project is helmed by SS Rajamouli, who was also the mastermind behind the record breaking Baahubali series.

Dr. Jayantilal Gada of PEN Studios has bagged the theatrical distribution rights across North India and have also bought the worldwide digital, satellite and electronic rights. Pen Marudhar will be distributing the film in the North Territory.

'A film like RRR doesn’t happen because of my relationships with industry colleagues': 'Baahubali'...