Watch: After urging COVID-19 care, Rajinikanth meets fans outside his house on Pongal

Rajinikanth said: "We are all living in a difficult and dangerous time. Day by day, the numbers of those being affected by the Corona virus are going up."
FPJ Web Desk 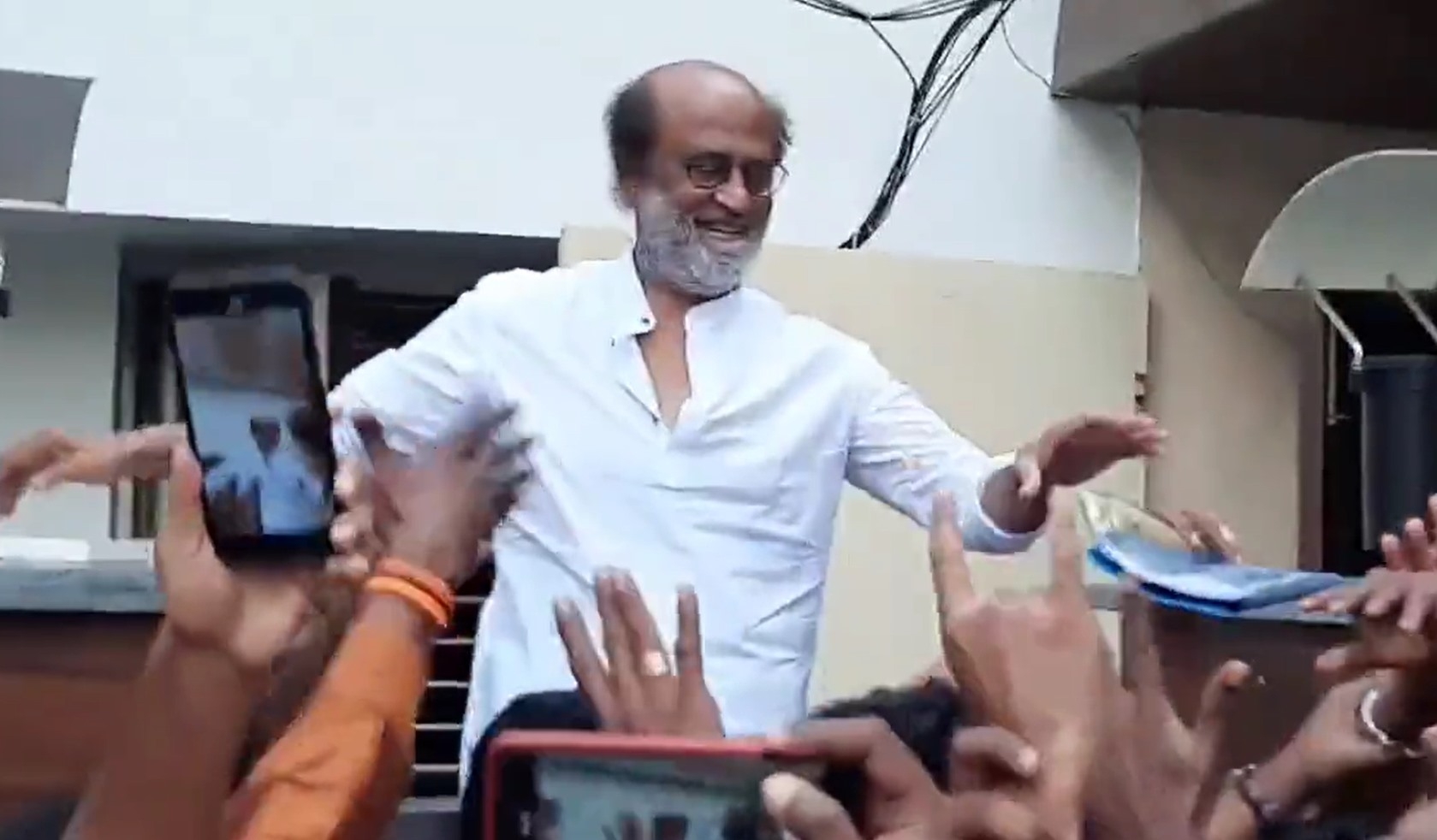 Extending his Pongal greetings to the people, Rajinikanth on Friday urged everybody to follow all the rules and restrictions to safeguard themselves against Covid 19.

Taking to social media, Rajinikanth said: "We are all living in a difficult and dangerous time. Day by day, the numbers of those being affected by the Corona virus are going up.

"To protect ourselves from this virus, we must definitely follow all the rules and regulations. There can be nothing more important than one's health. My Pongal greetings to everyone."

However, hours after he shared the greetings, a video of him meeting fans outside his residence has gone viral on social media.

On work front, Rajinikanth was last seen in 'Annaatthe'. The action-drama is directed by Siruthai Siva. The cast of the film written and directed by Siva, includes Khushbu, Meena, Prakash Raj, Sathish and Soori.

Rajinikanth recently received the esteemed Dadasaheb Phalke Award for his contribution to the cinema.

The '2.0' star had made his debut in 1975 with K Balachander's 'Apoorva Ragangal' and has completed more than 45 years in the Tamil film industry.

The 70-year-old star has featured in South Indian and Bollywood movies and has a humongous fan following. Inside Photos: Rajinikanth celebrates his 71st birthday with wife and daughter Soundarya