Diljit took to Instagram and shared a poster of the film along with the trailer release date on Saturday. The film will release on October 15, 2021
FPJ Web Desk 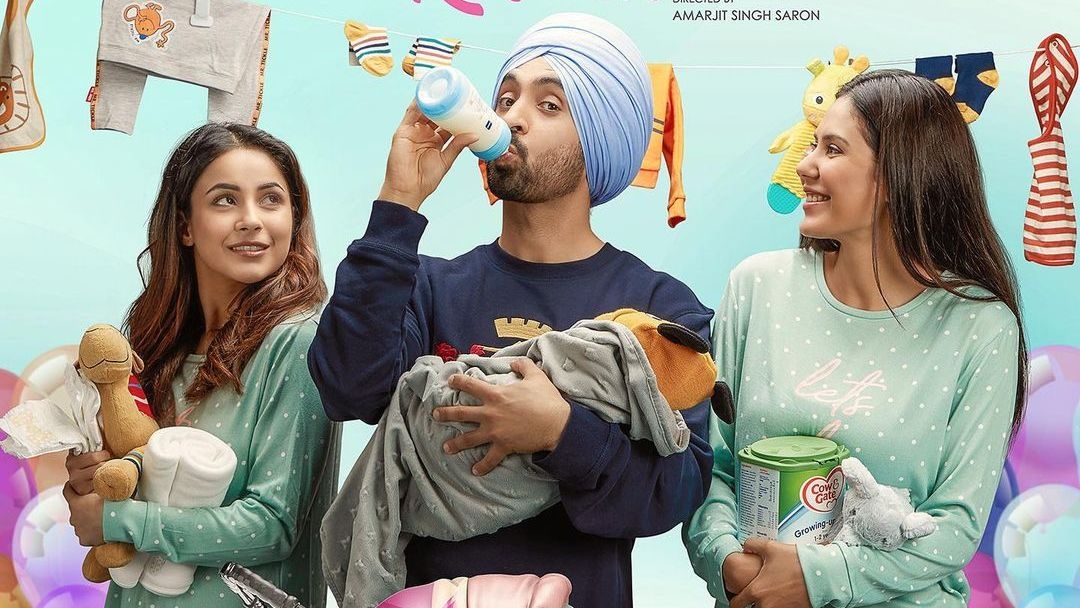 The trailer of Diljit Dosanjh and Shehnaaz Gill's 'Honsla Rakh' will be offically released on Monday (September 27).

Diljit took to Instagram and shared a poster of the film along with the trailer release date on Saturday. The film will release on October 15, 2021.

Talking of the first look, the poster features all the three leading stars - Shehaanz, Diljit and Sonam Bajwa. It shows Shehnaaz and Sonam in matching night suits, holding baby toys, food, and other stuff, while Diljit can be seen holding a stuffed animal like a baby and sipping from a milking bottle.

Meanwhile, Shehnaaz has stayed away from the public eye after the death of her rumoured boyfriend, actor Sidharth Shukla.

Reportedly, Shehnaaz was supposed to shoot for a promotional song for 'Honsla Rakh', on September 15 in London but the producers pushed it due to the tragedy. She is expected to resume work on the film, which also stars Diljit Dosanjh, soon. Shehnaaz Gill to resume shoot for her film with Diljit Dosanjh? Here's what the producer has to say

According to a report in ETimes, producer Diljit Thind has said that they are waiting for Shehnaaz to recover and heal from the grave loss. The makers will now finalise a new date soon and would want Shehnaaz to be a part of it, too, as she is an integral part of the film.

The producer said that he is in touch with her manager and is hoping that she will contact them in a few days. 'Ratti bhar fark nahi padta': Diljit Dosanjh says he doesn't 'give a damn' about getting work in...
Advertisement