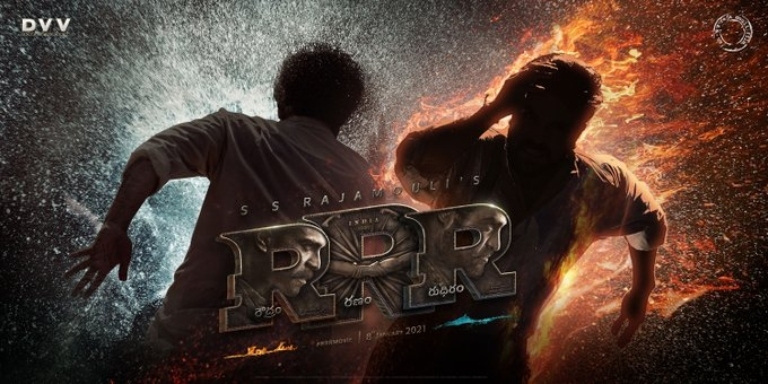 The title logo and motion picture of "RRR", a "fictional tale" based on the lives of two freedom fighters in early 20th century -- Alluri Sitarama Raju and Kumram Bheem, was also released on social media.

"When the powers of opposing forces like fire and water come together, intense energy is what you'll have! Here's the #RRRMotionPoster," the tweet on the film's official account read.

Rajamouli on Tuesday said they were going ahead with the long overdue promotional activity to uplift people's spirits amid the ongoing coronavirus pandemic.

"I request the fans and audience on behalf of my whole team to enjoy it from the comfort of their homes. The country is locked down for a reason there should be no reason for a social gathering.

"It's a time of global crisis. We wanted to do our bit in lifting up everyone's spirits," the director had tweeted.

The film, slated to hit the screens on January 8, 2021, will also be released in Tamil, Hindi, Kannada and Malayalam.