In the poster, apart from Shankar, Ram Charan and Kiara Advani, Dil Raju, Sunil, Anjali, Naveen Chandra, Jayaram, and others can be seen
ANI 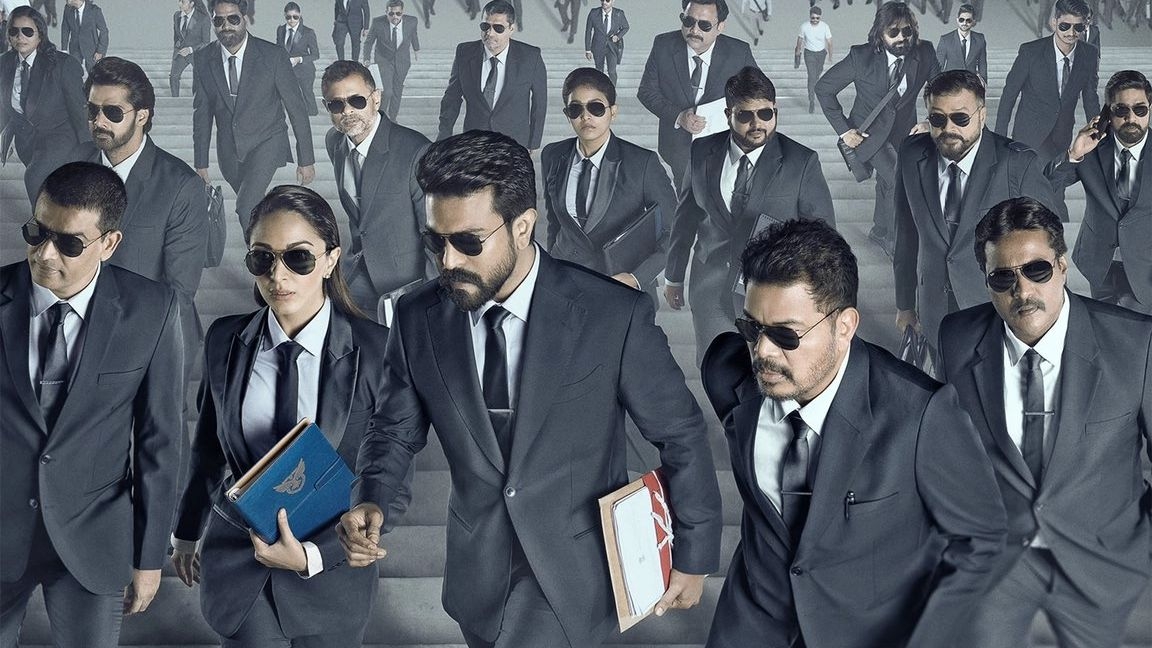 Actors Ram Charan and Kiara Advani's upcoming film directed by Shankar went on the floors on Wednesday at Annapurna Studios in Hyderabad.

Dil Raju, who is co-producing the film under his banner Sri Venkateswara Creations, announced the news with the film's concept poster on his Twitter handle.

In the poster, apart from Shankar, Ram Charan and Kiara Advani, Dil Raju, Sunil, Anjali, Naveen Chandra, Jayaram, and other cast members can be seen. Thaman S, Jani Master, and others can be seen as part of the crew.

On a related note, Ranveer is also collaborating with Shankar for 'Anniyan' remake, which is expected to go on the floors soon.

Ram Charan's team took to Twitter and posted a glimpse of the film's clap shot delivered by megastar Chiranjeevi Konidela.

The forthcoming movie marks the second collaboration of Kiara and Ram. The two had earlier collaborated for the Telugu action movie 'Vinaya Vidheya Rama', which had released in 2019.

The upcoming project is jointly produced by Dil Raju and Shirish Garu under the banner of Sri Venkateswara Creations for a pan-India release.

Tentatively titled 'RC 15', the upcoming movie marks the 15th film in Ram Charan's career. It is also Dil Raju's 50th production venture. Reportedly, S Thaman has been roped in to score the music for the film.

'RC 15' will release in three languages - Telugu, Tamil and Hindi.

Apart from this film, Kiara also has Karan Johar-produced movie 'Jug Jugg Jeeyo' and Anees Bazmee-directed comedy 'Bhool Bhulaiyaa 2', in the pipeline. She was last seen in recently released 'Shershaah' opposite Sidharth Malhotra.

Ram Charan will next be seen in SS Rajamouli's period action drama 'RRR' and in the Telugu film 'Acharya' alongside his father and superstar Chiranjeevi.