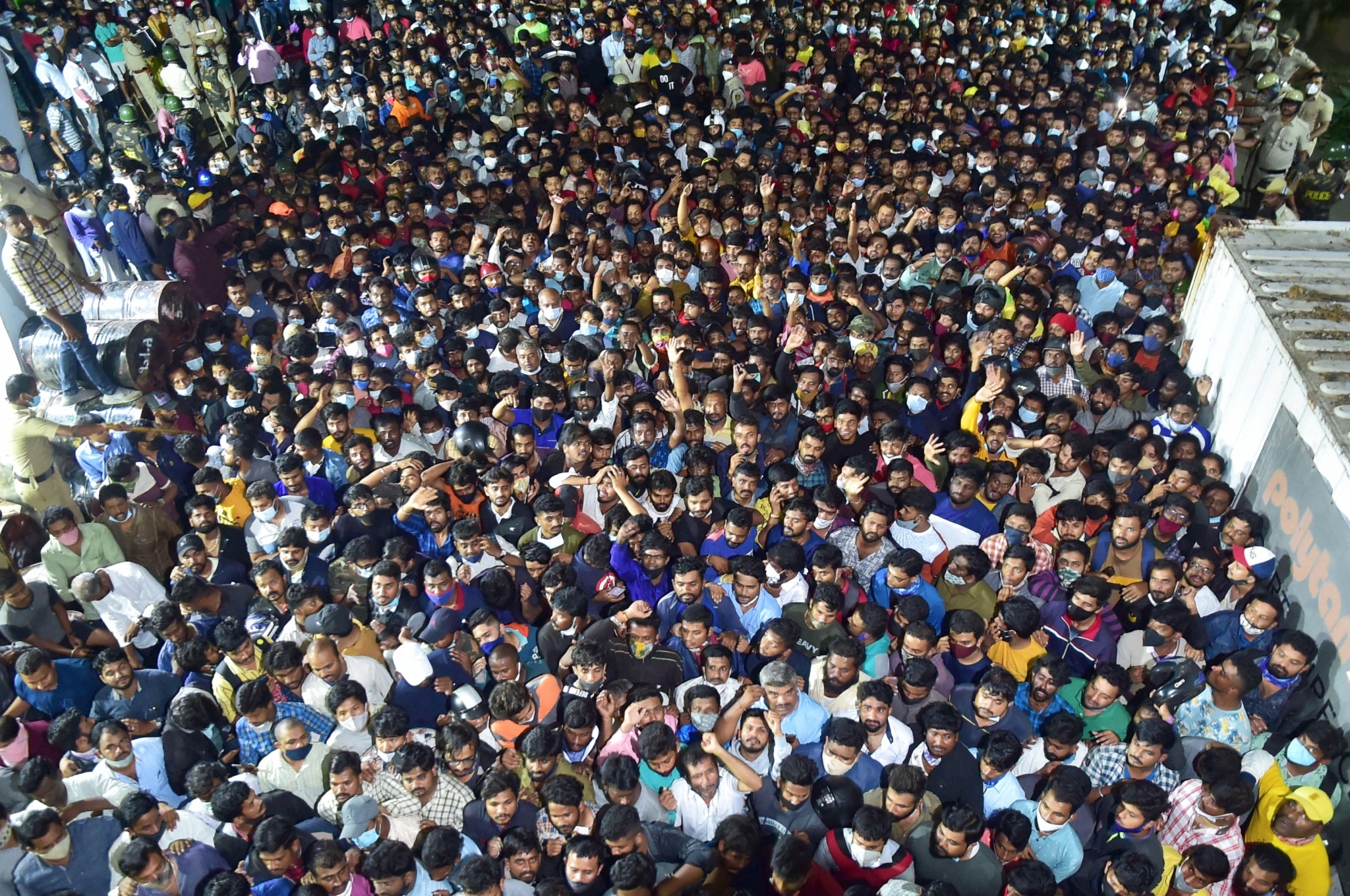 Bengaluru: Fans gather to pay their last respects to the mortal remains of Kannada film actor Puneeth Rajkumar at the Kanteerava Stadium, in Bengaluru, Friday, Oct. 29, 2021. Rajkumar passed away due to a fatal cardiac arrest on Friday morning. | (PTI Photo)

Bengaluru: The cremation of Sandalwood superstar Puneeth Rajkumar has been put off to Sunday as fans waited for hours to pay their last respects.

As the line of fans and followers swelled by evening, Chief Minister Basavaraj Bommai said the cremation will be done Sunday.

Speaking to the media he said, “The decision was made as there were thousands of people waiting at Kanteerava stadium. We discussed it with the family members and cremation will be held Sunday. “It is a challenge to handle such a huge crowd after sunset. The public can pay their last respects to Puneeth Rajkumar till Sunday. We request people to cooperate and maintain peace.”

The police said at least 10,000 people are in line from Friday evening till now and fans are flocking the stadium without any break. Visuals showed the level of respect and adulation he commanded; a clip showed a sea of fans, shoulder-to-shoulder and wall-to-wall, waiting to get one last glimpse of his body.

Fans sang Puneeth’s songs and they broke down and became highly emotional. Many sang his song ‘Kaanadanthe Maayavadanu' (vanished from sight) from the 1982 film Chalisuva Modagalu.

Puneeth Rajkumar, who started as a child artiste when he was just 6 months old in ‘Premada Kaanike’, went on to rule the big screen in the footsteps of his father and legend Rajkumar. His demise left legions of his fans shellshocked.

‘Power Star’ to his fans and ‘Appu’ to his family and friends, Puneeth’s last rites will be performed with full state honours Sunday. He will be laid to rest next to his mother’s samadhi at Raj Memorial in Kanteerava Studio.

Meanwhile, the Power Star’s daughter Drithi Rajkumar arrived in Bengaluru for the last rites. Puneeth’s wife Ashwini, whom he met in a gym and fell in love with, has been left distraught at the sudden death of her husband.