Samantha posted a frame in which she can be seen enjoying her time at a waterfall, clad in a printed monokini.
FPJ Web Desk 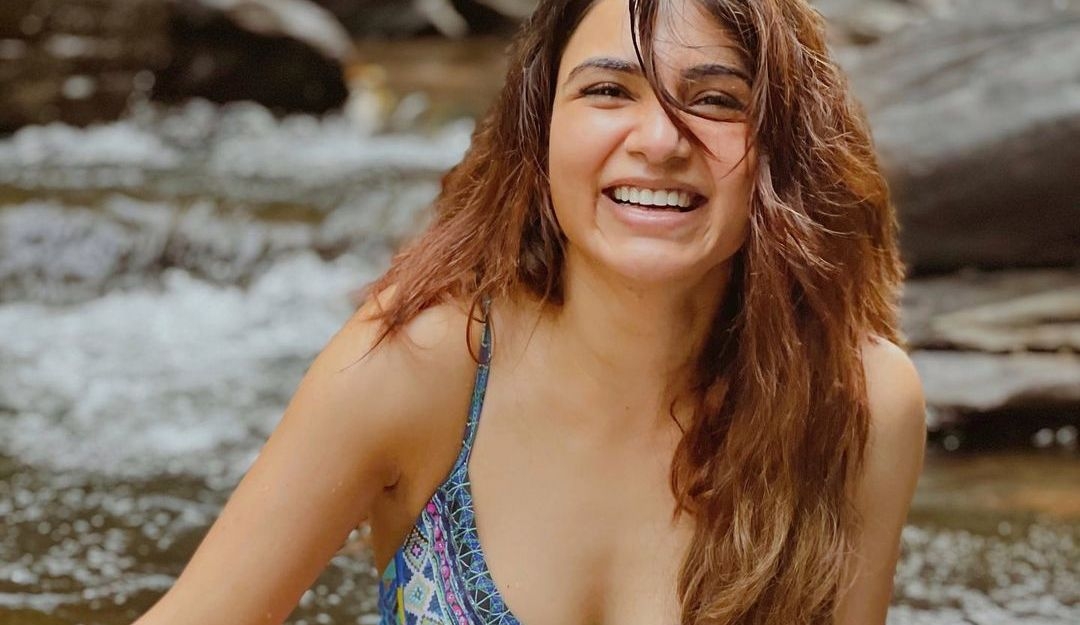 Actress Samantha Prabhu, who has been making headlines for her divorce with Naga Chaitanya, recently changed the tide on Instagram with a fiery picture from her vacation in Goa.

Samantha posted a frame in which she can be seen enjoying her time at a waterfall, clad in a printed monokini.

She simply captioned the picture as #goayoubeauty with a heart emoji.

As of now the picture has more than 2 million likes.

Couple of days back, Samantha shut down a troll on social media who accused her of "robbing" Rs 50 crore from ex-husband and actor Naga Chaitanya as alimony after their divorce.

Samantha has been trending on social media ever since her item song 'Oo Antava' from 'Pushpa' was released.

While a huge section of the Internet was busy lauding the actress for the newest hat she has worn, one section has been degrading her for her 'boldness' in the song.

One troll commented on her marital status, as he also accused her of robbing Rs 50 crore from a "gentleman". His comment implies that the actress had taken alimony from Naga Chaitanya, related to their separation.

With this reply, the troll deleted his disrespectful comment soon. Samantha's subtle, yet hitting reply caught the attention of all.

On the work front, Samantha Ruth Prabhu is to appear in Gunasekhar's directorial 'Shaakunthalam', while she has a couple of multilingual movies in her kitty. She also has a Hollywood movie titled 'The Arrangements Of Love' on her list. 'Being sexy is next level hard work': Samantha on her dance number 'Oo Antava' in Allu Arjun's...