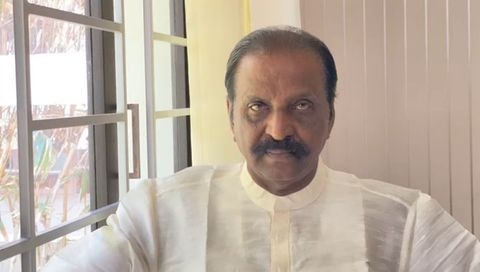 The announcement of the award for Vairamuthu recently resulted in a controversy with many noted personalities opposing it citing that he is accussed of sexual harassment.

Vairamuthu is accused of sexual harassment by 17 women including singer Chinmayi Sripaada in the Me Too movement in 2018.

The ONV Cultural Academy too later announced that it would relook at the selection. In a video Vairamuthu said in order to avoid any embarrassment to ONV Cultural Academy he has decided to decline the award.

Vairamuthu also requested the Academy to contribute prize money of Rs.3 lakh to the Kerala Chief Minister Relief Fund and added that he will contribute Rs.2 lakh to the same fund.

He also thanked Tamil Nadu Chief Minister M.K.Stalin for wishing him when the award was announced.