Jyotika makes debut on Instagram, hubby Suriya welcomes her: 'Thrilled to see you'

The 43-year-old actor, who predominantly appears in Tamil films, shared a series of photos from Kashmir in her first post.
PTI 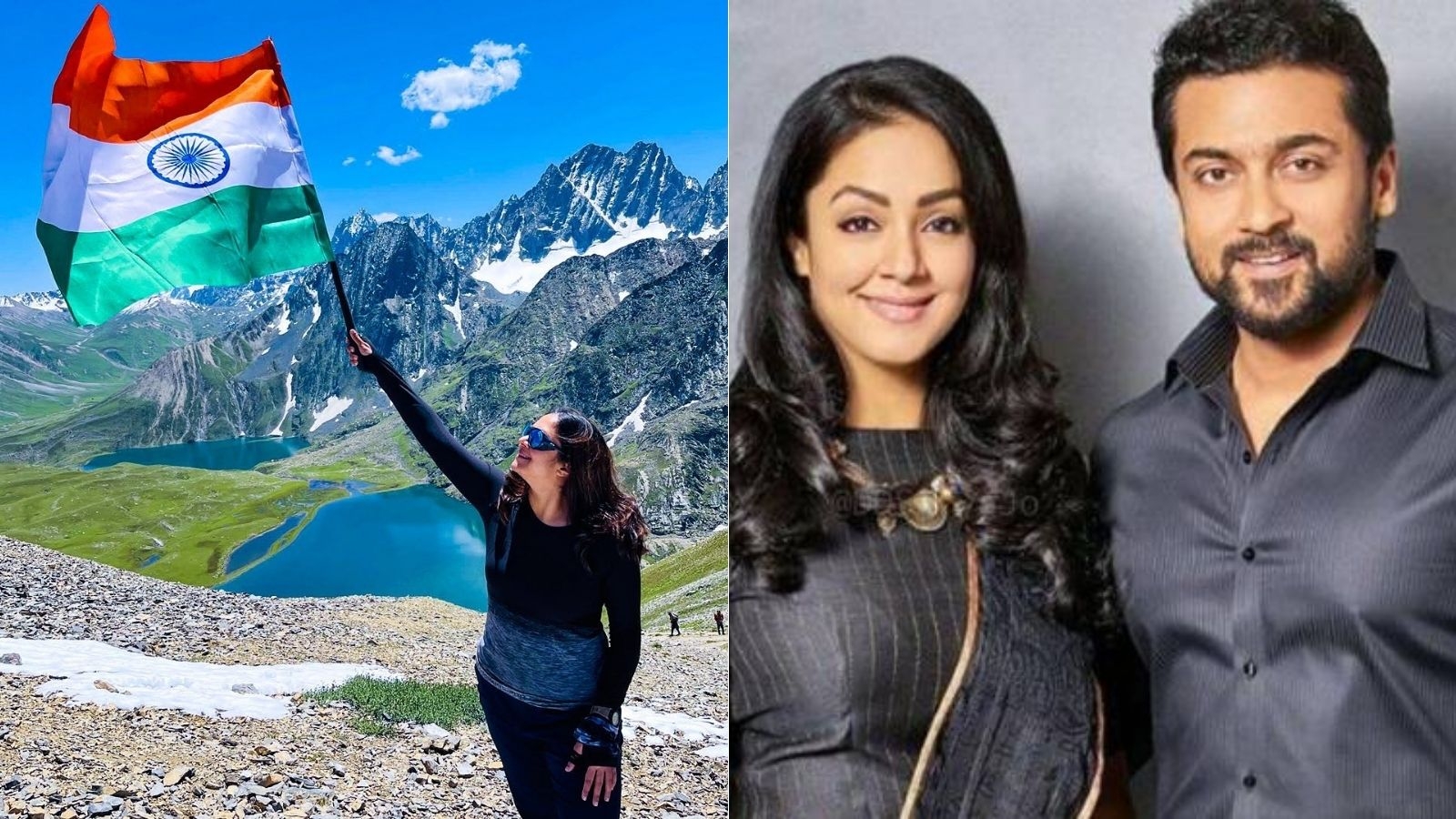 Actor-producer Jyotika on Tuesday made foray into social media through Instagram.

The 43-year-old actor, who predominantly appears in Tamil films, shared a series of photos from Kashmir in her first post.

"Hello everyone! On social media for the very first time! A lot of positivity to share from my lockdown diaries," Jyotika captioned the pictures.

The actor, known for "Kaakha Kaakha", "Kushi" and "Chandramukhi", said she went on a 70km trek in the Himalayas on the Independence Day weekend.

"At the Himalayas on Independence Day, The beautiful Kashmir Great Lakes, 70 km trek With the awesome team of Bikat adventures - Rahul, Sachin, Raul and Ashwin, n the Kashmir team Mushtaq n Riyaz bhai. Thank u (sic). Life is only an existence, unless we start living it!! India is gorgeous! Jai hind!" she further wrote in the post.

Jyotika's husband, actor Suriya welcomed her on Instagram. Sharing her first post on his story, he wrote, "My Pondatti Strongest!!! Thrilled to see you on Insta." 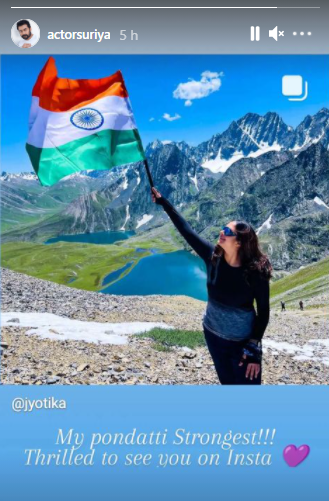 Jyotika made her acting debut with the 1997 Hindi romance drama "Doli Saja Ke Rakhna", directed by Priyadarshan. Two years later, she starred in her first Tamil film "Vaali" and went on to feature in her first Telugu film "Tagore", opposite Chiranjeevi, in 2003.

She was last seen in the Tamil legal drama "Ponmagal Vandhal", which was released on Amazon Prime Video in May 2020.

Jyotika will next appear in the family drama "Udanpirappe", backed by 2D Entertainment which is headed by her husband and South star Suriya. The project is part of a four-film deal with Amazon under which the movies will be released directly on the streaming platform this year.