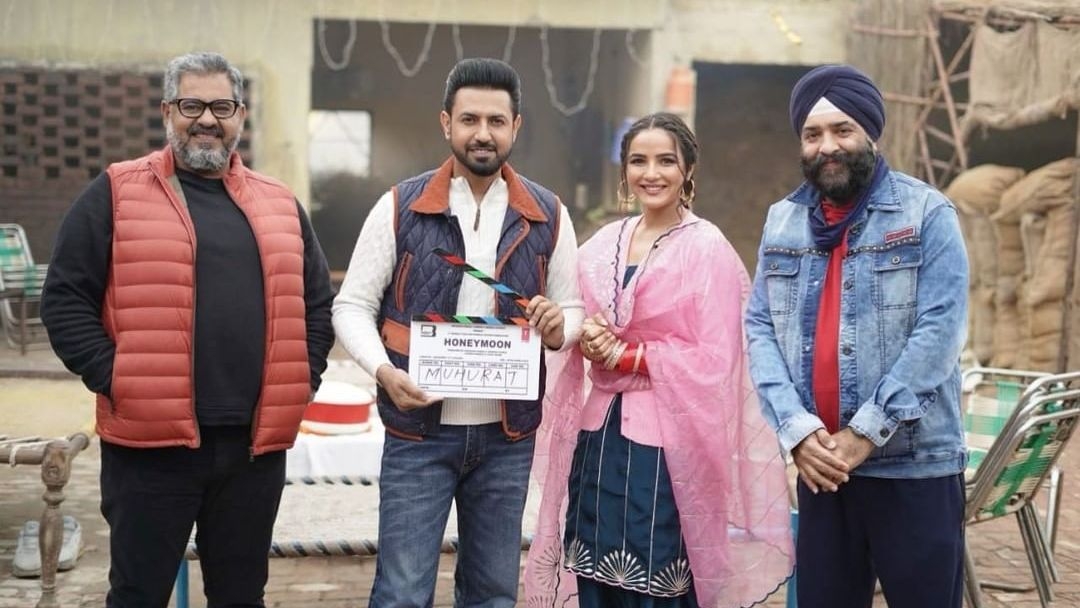 Bhasin confirmed the news on her Instagram handle by sharing a picture of herself with Grewal from the film set.

Directed by Amar Preet Chhabra, the upcoming Punjabi comedy-drama 'Honeymoon' went on floors today (January 11) in Punjab. It is written by Naresh Kathooria.

The makers also gave the audience a sneak peek by sharing pictures from the sets where Gippy Grewal, Jasmin, Amarpreet and producer Vicky Bahri are seen holding a clapperboard that reads, ‘Muhurat’.

Sure to tickle your funny bones with the flavour of drama, 'Honeymoon' revolves around the story of the just married couple - Deep and Sukh who want to go on their Honeymoon. But Deep’s naive and extended family, blissfully unaware of what a honeymoon actually entails, tag along with the newly weds, as they have never been out of their village. And thus begins a mad ride of 16 people travelling together on the honeymoon which is only meant for the lovebirds.