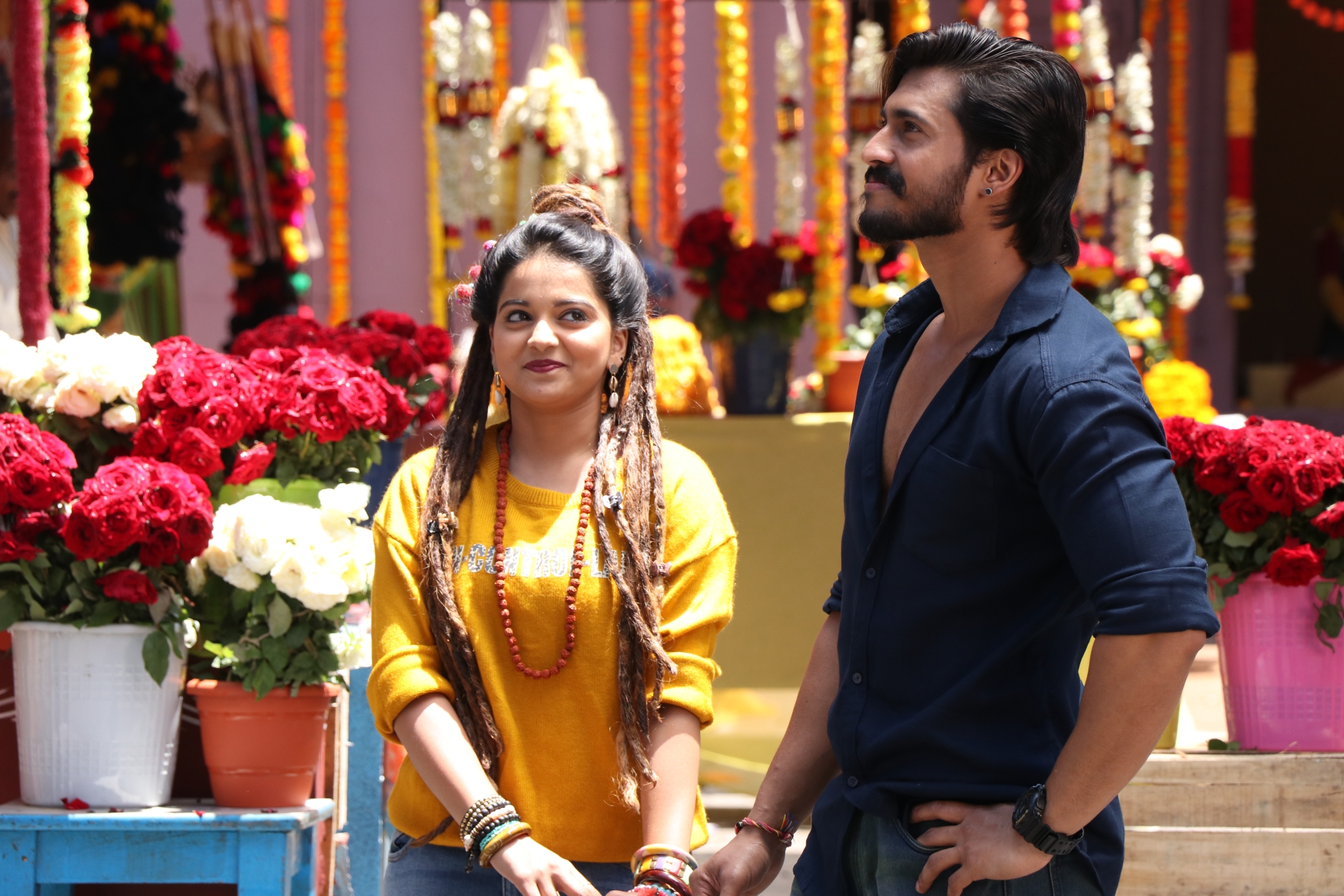 Tom and Jerry is a film that has created much curiosity in Sandalwood and the movie is now ready for release on November 12. The movie stars Jodi Hakki fame Janaki teacher aka Chaithra Rao and Nischith Korodi in the lead.

Chaithra’s look in the film has already created a sensation and impressed audiences. Having already garnered a huge fan base post her turnout in Jodi Hakki, Chaithra has further gathered fans after the trailer of Tom and Jerry released with her banter and makeover. Her hairdo, her styling, the western feel of her turnout has made a huge splash and fans can’t wait to see her on screen. The talk is that Chaithra herself was very impressed by the way her look has shaped up in Tom and Jerry.

“I loved the story and what sealed the deal was the way my character turns out. I was drawn to it immediately,” shares Chaithra who undertook a lot of preparations for her role. “It is very different from all the roles and that is what made me do it. She is someone who lives for today and does not worry about tomorrow. Enjoy every moment is her life’s philosophy,” adds Chaithra. The Kundapura girl teams with Nischith Korodi of Gantumoote fame in the movie.

Tom and Jerry has been directed by Vinay Bhargav who is also one of the dialogue writers for KGF and this happens to be his debut directorial. The film has been produced by Raju Sherigar under the banner Riddhi Siddhi Films. Vinay Chandra is the executive producer. Tom and Jerry has been given a U/A certificate and will hit screens on November 12.