'It's been the most blissful year': Miheeka Bajaj pens sweet note for husband Rana Daggubati on first wedding anniversary 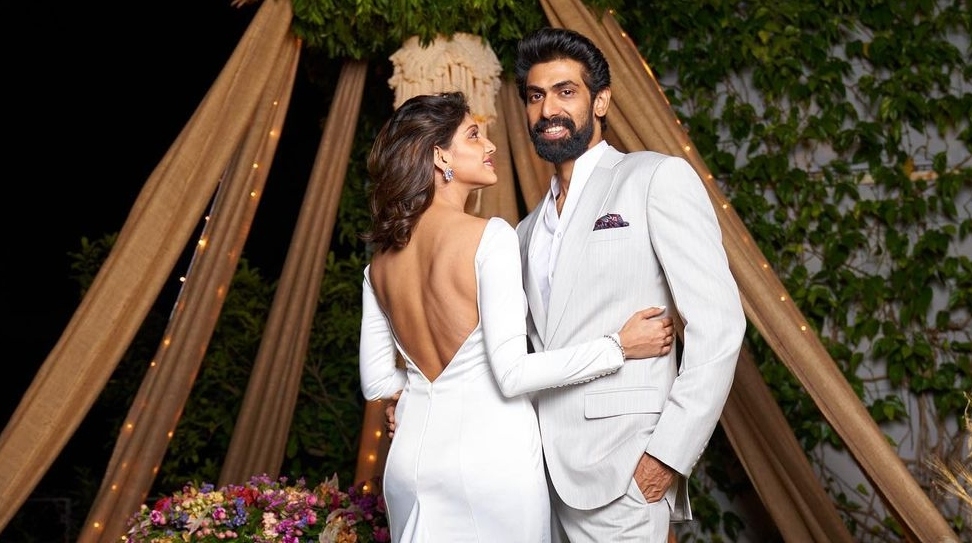 'It's been the most blissful year': Miheeka Bajaj pens sweet note for husband Rana Daggubati on first wedding anniversary |

'Baahubali' actor Rana Daggubati and his wife Miheeka Bajaj, who tied the knot in Hyderabad last year, celebrated their first wedding anniversary on Sunday. The actor's wife marked the occasion with loved up social media post and even shared a glimpse of their anniversary celebrations with fans.

Miheeka shared a picture with Rana and wrote: "Happy anniversary my love! It's been the most blissful year! I love you to the ends of the world and more! Thank you for being you and being the most wonderful human being!! Here's to a lifetime more... Because it's a countdown till we're not around... #mylife #mylove."

The photo showed Miheeka and Rana Daggubati twinning in white outfits. Miheeka is seen wearing a floor length gown with a long trail and a low cut back while the actor is seen in a well-stitched suit.

Actresses Shruti Haasan, Samtha Ruth Prabhu and designer Arpita Mehta were among the others who wished the couple. 'Baahubali' actor Rana Daggubati tied the knot with his lady love Miheeka Bajaj in Hyderabad, last year, in the presence of their family members. The two had made their relationship official with a ''roka'' ceremony in May last year.

Miheeka Bajaj is an entrepreneur by profession. She is the founder of Dew Drop Design Studios, which is an event management company. The event and wedding planner has graduated from the University of the Arts London. Before staring her own company, Miheeka earned her diploma in interior design from architecture school in Mumbai - Rachna Sansad.

Meanwhile, Rana is venturing into content creation. He launched his digital platform South Bay. It is a YouTube channel expected to host varied content including music, unscripted celebrity shows and animation.

On the film front, he will be seen in ‘Haathi Mere Saathi’, which will have a theatrical release on Makar Sankranti next year.