Telugu actress Samantha Akkineni was shocked after a fan leaked the picture of her Bachelor's degree on Twitter.
FPJ Web Desk 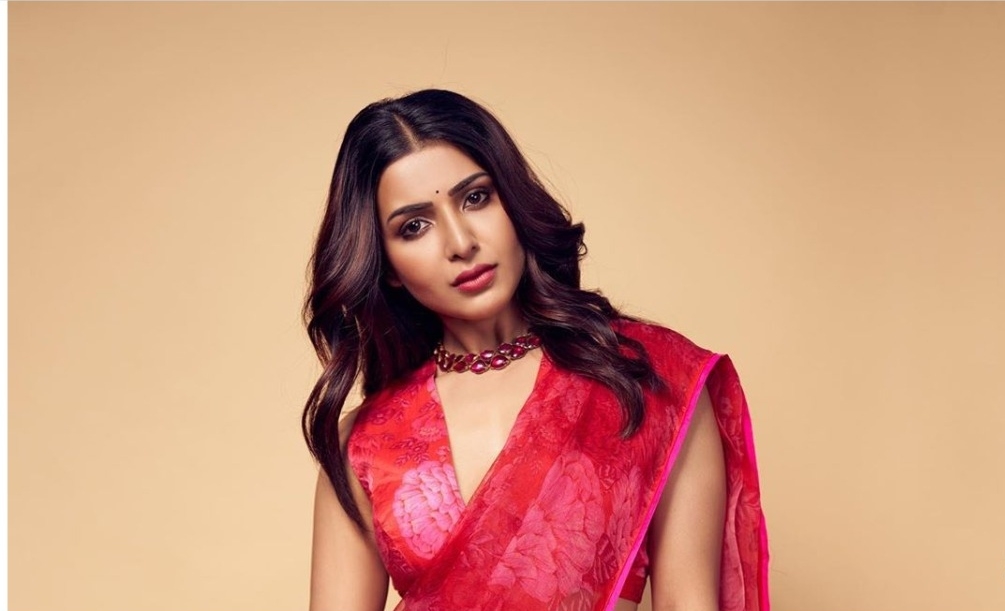 Telugu actress Samantha Akkineni was shocked after a fan leaked the picture of her Bachelor's degree on Twitter. The 'Oh Baby!' actress's teacher had recently posted her school report card from Class 10 and called Samantha an asset to the school. On Sunday, a fan shared her Bachelor's in Commerce degree from the University of Madras and left everyone in shock. Before the post was deleted by the user, Samantha had replied to his tweet and commented, "How did you get this?" 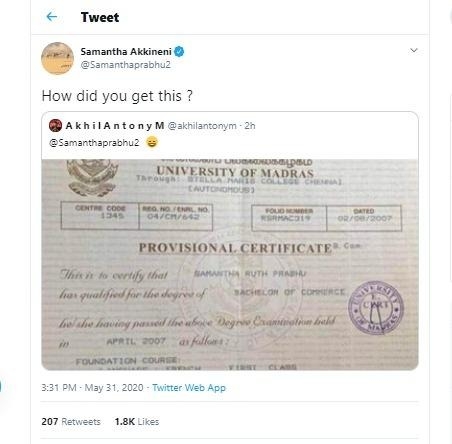 Earlier, another user had shared Samantha's school reports from her 8th grade. Sharing the picture, the user captioned them: "A topper is a topper everywhere! @Samanthaprabhu2 She aced all the roles perfectly! Be it a student, daughter, actor, activist, wife, daughter-in-law, mom (#Hash), #Sam won zillions of hearts. Hundred points symbol. Here's #Sam's progress report."

Replying to the tweet, the actress wrote, "Ha ha this has surfaced again. Awww"

On work front, Samantha will make her digital debut with Manoj Bajpayee's much-awaited web-series 'The Family Man 2'. "I am doing the series The Family Man, so I think that's my first step (towards the Hindi film industry). I enjoyed being a part of The Family Man a lot. I am very happy that season one got a lot of appreciation. I am enjoying working with the team of the show and I can't wait for a new set of audience to see my work," said Samantha at an event.

The release date of the Amazon Prime video series 'The Family Man 2', which went on floors in November, is yet to be announced.

She was last seen in the fantasy drama 'Oh! Baby', and 'Jaanu'. She also had a cameo in 'Manmadhudu 2'. Her upcoming films include 'Kaathuvaakula Rendu Kaadhal' and 'NTR 30'. 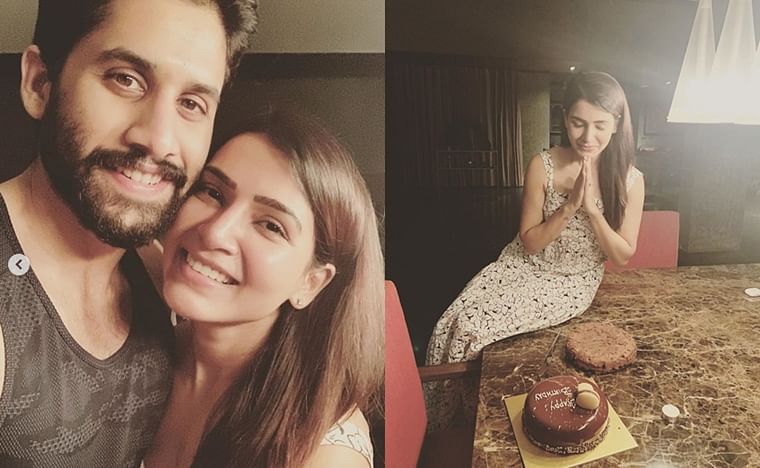