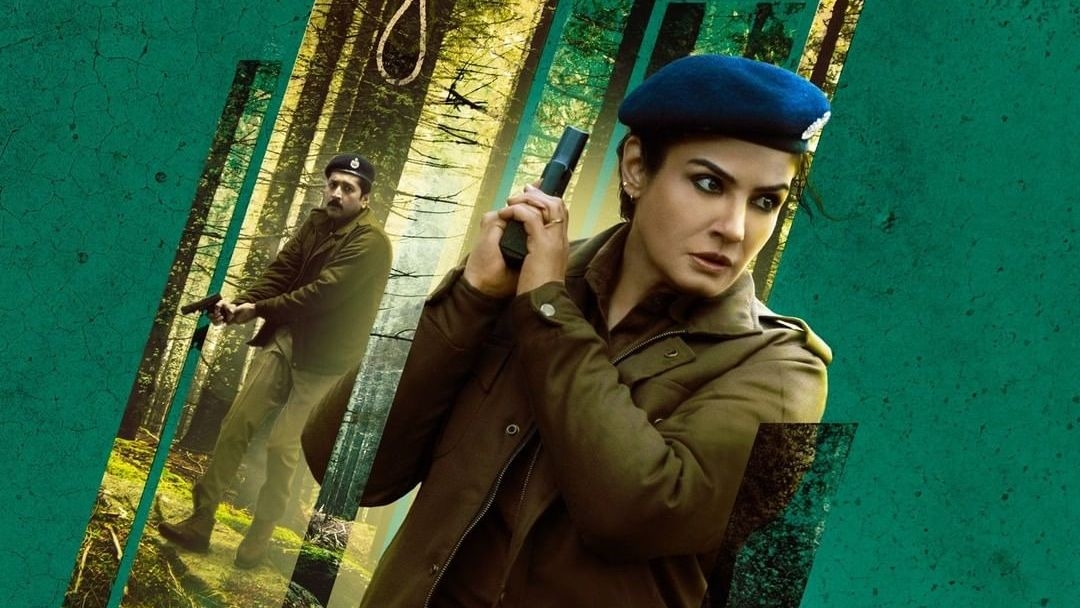 "Lights, camera, action. @TandonRaveena is back with a bang, in these serene hills which have a secret to hide. #Aranyak arrives on Netflix, December 10th. #AranyakOnNetflix," the tweet read.

The upcoming crime thriller show narrates a dark and gritty tale after a foreign teenage tourist disappears in a misty town, a harried, local cop (Tandon) must join hands with her city-bred replacement (Parambrata Chatterjee), on a big-ticket case that digs up skeletons and revives a forgotten myth of a bloodthirsty, serial killing entity in the forest, the official synopsis read.

Produced by Roy Kapur Films and Ramesh Sippy Entertainment, the series is directed by Vinay Vyakul from a script by Charudutt Acharya.

Filmmaker Rohan Sippy is the showrunner.

'She was the first one to call me and say...': Farah Khan reveals Raveena Tandon's reaction to...