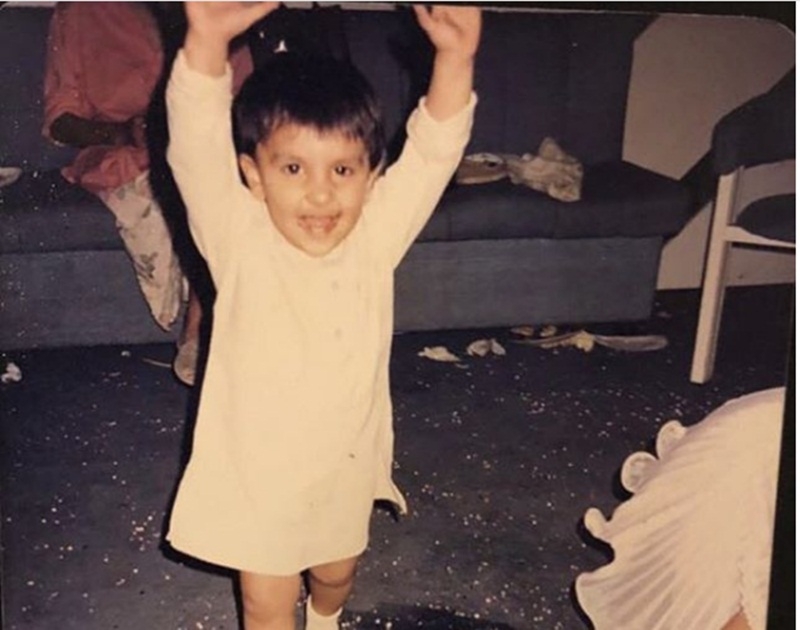 Ranveer Singh, is the man of the hour. From basking in the happiness of his marriage with his longtime girlfriend Deepika Padukone, to doing variety of roles in films, this man has so many things to look forward to. For a moment let’s keep aside the DeepVeer wedding, and just talk about the man of the moment, Ranveer Singh.

He has been often criticized and trolled for her fashion sense, the way he behaves in short his loud nature, especially in the beginning of his career. But not for once Ranveer thought of changing himself for the people around him. He continued being himself and maybe that’s the reason today he is the most loveable person of Bollywood. Ranveer is often stated to be the biggest entertainer Bollywood has ever seen, and it’s not something which he tried to create as the man was a born entertainer and this is proved further by his childhood pic where the actor is seen dancing with his hands up. The actor shared his childhood picture and caption, “Hands in the air, Like ya jus’ don’ care!!! 😛🙌🏽🎈🎉🎊 #fridayfeeling.” Going by the picture, one can make out that he was always meant to be an entertainer. Check out the post below.

Ranveer is currently shooting for Simmba and will soon fly to Italy for his wedding with Deepika Padukone.