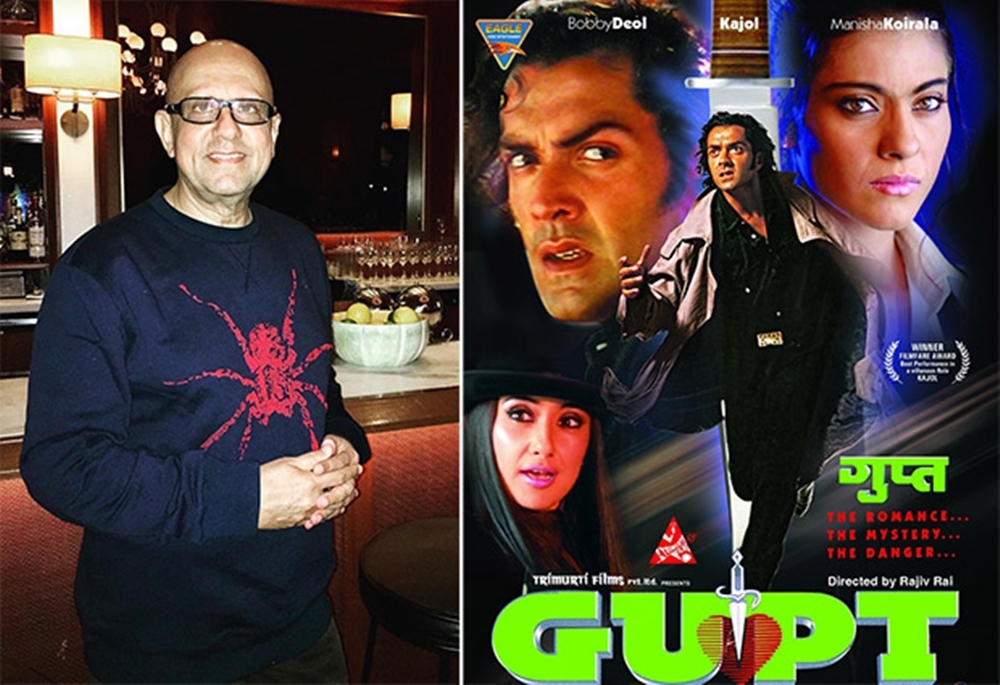 Rajiv Rai, who returned after a four-year hiatus from Bollywood with and introduced Arjun Rampal with his comeback venture Pyaar Ishq Aur Mohabbat (2001) and Asambhav (2004), after writing and directing thrillers like Tridev (1989), Vishwatma (1992), Mohra (1994), and Gupt (1997), is returning to movies this year after a gap of 15 years. The filmmaker tells us in an interview about his plans for the movie which he intends to launch in March this year and intention to franchise one of his most successful movie Gupt, starring Bobby Deol, Manisha Koirala and Kajol. Kajol played a negative role in the murder mystery whodunit and her performance was appreciated while Gupt went on to become a blockbuster.

While Rai’s next is not a sequel to his successful thriller Gupt, he doesn’t deny that he may do sequels in the future and that he has plans to franchise Gupt. “I haven’t really written a version of Gupt but I have a concept that I might want to do in a few years from now. If I was to do Gupt 2 it won’t be a sequel as Kajol dies at the end and it ends happily. I wouldn’t mind franchising Gupt if the story I write is better than the first one with a completely different story. I might just use the title, the soul of the film and the names of the characters but story and cast wise it will be a completely different film. The idea is to show the audience a brand new film as they get bored watching the same thing. I have to offer them something new every time. It’s something like the Bhatts have franchised the Murder series.”

While Rai has been working on five-six scripts since the last few years he has finally focussed on one, which he plans to announce in April with the cast and crew. He tells us, “I think what I am directing (and written) now is one of the best murder mysteries ever written. It’s a suspense, whodunit thriller, crime, action and emotional drama. I haven’t worked so hard because I am doing a comeback of sorts after years. My script is completely locked and bound with dialogues now. It’s a complicated idea and a difficult subject but it’s a movie with a controlled budget. The subject that I have worked out is not a sequel or remake. People have approached me for many remakes including Johny Mera Naam, Vidhaata, Deewar, Trishul, Mohra, Gupt, Tridev. I am not against sequels but right now the movie I am making is not a sequel of any of my earlier films.”

Unlike Rai’s earlier movies this one will be completely shot in India. Rai laughs, “I don’t have the budget to shoot abroad. I want to shoot the movie in Delhi because I was an assistant director in Trishul in Delhi. It was my father Gulshan Rai’s production and Yash Chopra had directed it and I remember Delhi very vividly. The subject I have written requires a city in the north like Delhi and it’s a start-to-finish schedule. As I am making a film after a long time, the priority was to direct only if the budget would work. I have always over-budgeted my movies so I learned it the hard way.”