Rajinikanth’s ‘Kabali’ to be released in Malay 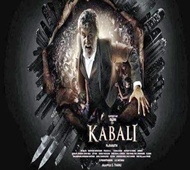 Chennai: Superstar Rajinikanth’s upcoming Tamil gangster drama “Kabali”, which is slated for theatrical release on July 1, will be dubbed and released in Malay language. Malay is an Austronesian language mostly spoken in Malaysia, Indonesia, Singapore, Brunei and Thailand.

“The film’s Malaysian distributor Malik Streams has decided to dub and release the film in Malay. On Saturday, the film’s teaser was dubbed and released in Malay, and the fans went gaga over it. It was trending on social media for several hours,” a source from the film’s unit said.

“‘Kabali’ is said to be the first Indian film to be dubbed in Malay,” he added. Besides Malaysia, Malik Streams will also release “Kabali” in Indonesia and Singapore.

Directed by Pa. Ranjith, the film revolves around the rags-to-riches story of Kabali, a character modeled after a real-life, Chennai-based gangster. The film also features Radhika Apte, Kalaiarasan, Dinesh, Kishore, Dhansikaa and Ritwika.