Radhika Apte ecstatic about her win at US film fest 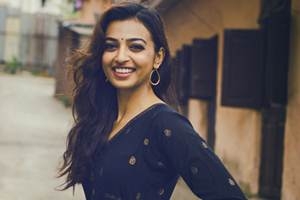 New York: Actress Radhika Apte, who has bagged the Best Actress award in the International Narrative Feature Film category at the Tribeca Film Festival, says the news “has not sunk in yet”.

Radhika won the award for the “Clean Shaven” segment in “Madly”, which is a global anthology film featuring innovative love stories from some of the world’s most visionary directors.

“Madly” has six segments in it with Anurag Kashyap having directed “Clean Shaven”.

The competition winners were announced at an event here on Thursday.

“I was ecstatic when I heard about receiving the Best Actress award. It has not sunk in yet. I am extremely thankful to my director for giving me this opportunity. This is definitely very encouraging,” Radhika told IANS.

She was also co-awarded the Best Actress honour with actresses Tannishtha Chatterjee, Surveen Chawla and Lehar Khan for their work in “Parched” at the 14th annual Indian Film Festival of Los Angeles (IFFLA) earlier this month.