Queens of Production in Bollywood

They possess the Midas touch. Where ever they touch, they strike gold. Such is the story of three of Bollywood’s biggest actresses. Anushka Sharma, Priyanka Chopra and Deepika Padukone are the reigning queen of Bollywood, giving some of the best hits in Hindi film industry for female centric films. Apart from this these three actresses have stepped into domain not much discovered by actresses. Production, ruled by men for many years, the three actresses have upped the game by stepping into it.

It was initially Anushka who started her production house among her contemporaries and gave a fabulously meaningful film like NH10. Currently in the post production state, her second production is on the way. Teaming up with Punjabi star Diljit Dosanjh for PHILLAURY, Anushka will surely make an impact with her second also. 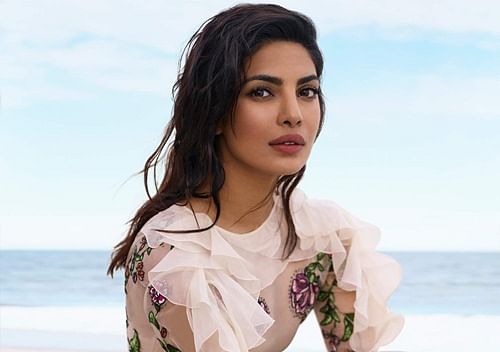 When Priyanka Chopra announced her venturing into Production with Purple Pebble Pictures, she was welcomed by all for taking this new step. Bollywood, American Television, Hollywood and now film production company, Priyanka decided to venture into regional language films like Bhojpuri, Marathi and Punjabi with her production company.

Also Read: Don’t want to be where I was 10 years ago-Deepika

The latest one to join this band of powerful women is Deepika Padukone. 2015 was a smashing year for this young model turned actress. PIKU with Amitabh Bachchan, BAJIRAO MASTANI with Ranveer Singh and TAMASHA with Ranbir Kapoor and then her Hollywood film with Vin Diesel. Deepika added another feather to her cap by featuring in the Forbes list of highest paid actresses. The lady is now ready to join the likes of Priyanka Chopra and Anushka Sharma and kickstart her own production banner. Yes, Deepika will soon turn a producer.

The actress is amidst some script reading sessions and brace yourself for a big announcement might be out sometime soon. A Bollywood source revealed that the actress has a busy schedule at the moment, however she is taking time out to make sure that her planned production house plans don’t suffer. The source revealed, “Deepika has been keen to start her own production house. She is on top of her game at the moment and wants to enter into film production. Deepika is reading scripts and will only make the big announcement when she finds the perfect debut venture.” HomeCmcmQueens of Production in Bollywood