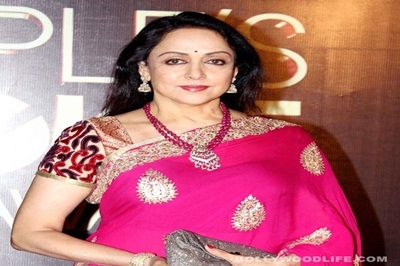 The actor’s office issued a statement saying, “Currently, he is fine and dubbing for the film.” However, wife Hema Malini took to Twitter to share more news regarding the much loved star… “Just an update on Dharamji. He got admitted to Breach Candy to chk his blood count as he felt tired all the time & to chk his shoulder pain,” she wrote. “His haemoglobin count was a bit low so he was anaemic. Under observation now & he may have a shoulder surgery a lil later. Pray he is ok fast,” she tweeted.

Last year too, in April, Dharmendra was advised complete bed rest by doctors, when he was shooting for a Punjabi film called DOUBLE TROUBLE. In 2010, the SHOLAY actor was hospitalised in Chandigarh after complaints of chest pain. We do indeed wish our favourite Garam Dharam a speedy recovery.