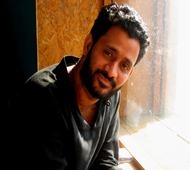 Pookutty, 44, who attended the awards ceremony here, took to Twitter to share his excitement about winning the honour for British documentary maker Leslee Udwin-directed “India’s Daughter”, made on the Delhi gangrape incident of December 2012, which is banned in India.

“I am honoured with the Golden Reel Award for ‘India’s Daughter’. This is an incredible recognition for me as well as for all those worked in the banned film apart from all those who protested against the brutal killing of Nirbhaya,” Pookutty told PTI from Los Angeles this afternoon.

The Oscar-winning sound engineer saidhe is the first Asian to win the coveted award at the 63rd Golden Reel Award from the Motion Picture Sound Editors’ (MPSE) of US for best sound. The government had banned the film from public screening/ airing in the country.

“I dedicate this award to Nirbhaya’s soul… And her indomitable spirit,” Pookutty said.

The competing films/ television documentaries in the list included “Beware Baltimore”, “Chef’s Table”, “Deadliest Catch”, and “The Undrafted” “Mad Max: Fury Road”, “The Martian”, “Star Wars: The Force Awakens” and “The Revenant” among others.

Pookutty said a double nomination was rarity in the industry and the beauty is that both these are Indian works.