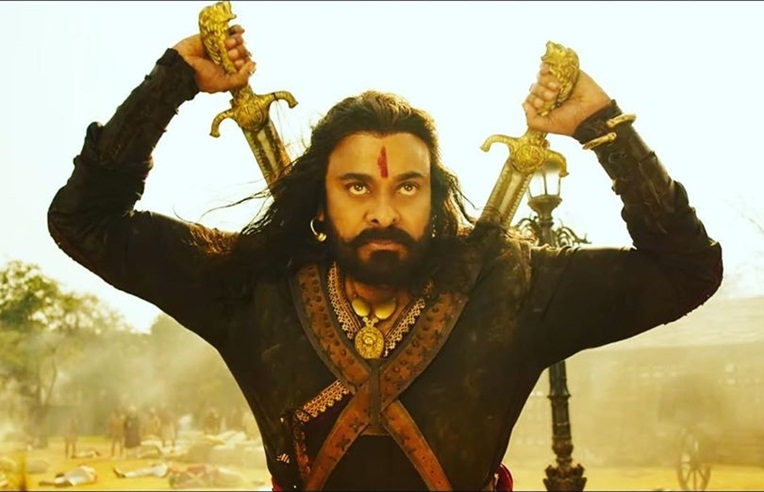 An epic, multi star cast, costume drama being released in five languages across the country, this film is purportedly inspired by true events from the distant past (1847), but is so fantastically fabricated with violent events that it appears like the narrative is far more interested in rabble rousing than in telling a story about valor and pride.

Many such big budget films have bitten the dust at the Box Office while hoping to ape Baahubali’s unprecedented success story. The filmmakers of this film also appear to have forgotten to do due diligence before embarking on this monstrous journey that comes across in entirety, as tacky and unrelenting – with little joy in it for the true cinema connoisseur. But that’s not to say that the brain dead wouldn’t be chuckling.

There’s a lot of glitter here but most of it is dirt and dust glistening like a mirage from a distant viewing point. The story jumps from Rani Lakshmibai of Jhansi to Buckingham Palace and then to south India, Coilcuntla and Uyyalawada in Madras Presidency where the East India Company is shown to be exploiting peasants and territorial rulers for Lagaan tax. That setting becomes a springboard for Narasimha Reddy’s (Chiranjeevi) revolt against the British, which apparently took place much before the Indian Mutiny. He teams up with Avuku Raju (Sudeep) and Raja Pandi (Vijay Sethupathi), fellow rulers of neighboring principalities, to fight the British while also contending with traitorous shenanigans from others (Ravi Kishan as one of them).

The history being depicted here is unpardonably flawed. The narrative stretches to outrageous acts by the British and unbelievable heroics by Narsimha Reddy – egged on by the sage advice of his guru Gosayi Venkanna (Amitabh Bachchan). The so called just leader falls in love, commits himself to a beautiful dancer, Laxmi (Tamannaah), while he claims to have no memory of a marriage to Siddhamma (Nayanthara as the adult version) performed in his childhood.

The narrative drags on mercilessly for most of its run-time and even when the final fight pitting ‘jigra’ against brute majority is played out, you can only marvel at the sheer effrontery of such an unaesthetic rendering. The CGI is terribly tacky – the scene depicting Narasimha Reddy riding a horse to veer off a stampeding horde of bullocks from a precipice looks ridiculous and so do the many other sequences where CGI has been used much too liberally and without much skill. The fight sequences are an amalgamation of eastern and western influences and therefore look rather out of place. The acting, dialogues are generally off kilter. There’s neither purity of thought nor elegance of craft to lift this wannabe Baahubali out of the dead-weight accumulated from its own over ambitious expectations.