Housefull 4: Foolish and not funny 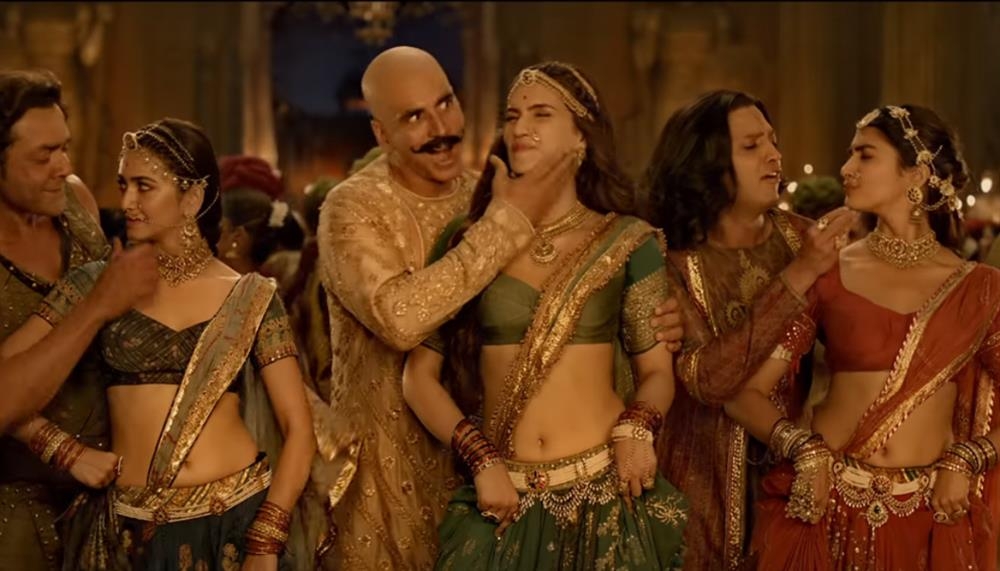 This is the fourth instalment of the mindless Housefull franchise and it’s definitely 4 too many if you ask me. This one in fact goes back several centuries, way back six hundred years ago, to the 15th century, to frame its delusional narrative. And its far more archaic, exasperating, unforgivably indulgent and mind-numbing than the other three that came before this one.

Mainstream comedies are usually unviable slapstick without timing or finesse and this one underlines that lack superbly. Akshay Kumar and Riteish Deshmukh continue to take this franchise into further deplorable depths, this time with Bobby Deol, Kriti Sanon, Pooja Hegde and Kriti Kharbanda for company. This film, a reincarnation drama, is about unfinished couple stories from 1419 finding fruition in 2019. Now how would that become a comedy you may well ask?

The story and screenplay credited to Sajid Nadiadwala, Sara Bodinar, Tasha Bhambra, Sparsh Khetarpal and Sajid Khan is abundant in retrograde attempts at humour including gender based ridicule and homophobia. The original 1419 couples are mismatched the second time round in 2019 and this becomes reason to stretch the plotting and create so-called humorous situations with the lovers trying to find their true matches.

The narrative begins in London, 2019, where Harry (Akshay Kumar) a hairdresser, intermittently regresses to past life experiences. Together with his brothers Max (Bobby Deol) and Roy (Riteish Deshmukh) they hatch a plan to marry Kriti, Neha and Pooja (Kriti Sanon, Kriti Kharbanda and Pooja Hegde), the three daughters of a billionaire, Thakral (Ranjeet).The three men are in desperate need of money to pay back a mafia don Michael. The three couples are set to marry in Sitamgarh India, and that’s where Harry meets with Aakhri Pasta (Chunky Pandey) whom he recognises as his past life friend. Pasta prompts the recovery of his entire past life memory and Harry decides to juggle up the twosomes so that each ends up with their own true love.

It’s really hard to care about these three sets of tiresome twosomes. Their antics are wearying and tedious and the direction feels rather heavy-handed. Neither the loud acting, the badly timed slapstick nor the lacklustre helming allows for any relief!