Sarpatta Parambarai Review: Rises above the clichés with a solid punch

'Sarpatta' gives you the feel of watching a boxing match sitting in the stadium with the heat always on keeping the excitement alive.
Bobby Sing 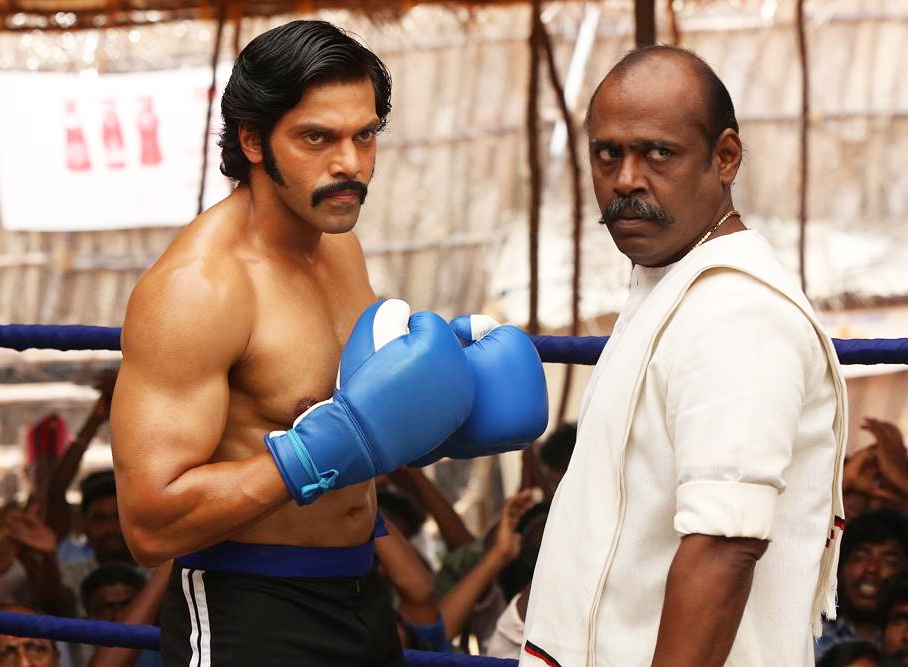 Last week we witnessed a technically well-crafted Malayalam film Malik, struggling to rise above the clichés of a gangster movie. However, this week we have Sarpatta Parambarai (Sarpatta Dynasty), successfully overcoming the barrier, exploring the most predictable genre of a Sports movie. Directed by Pa. Ranjith, this is arguably his best film to date that right away begins with a fight and then seldom loses its grip despite the over-length of 2 hours and 53 minutes.

Set in Madras of the 1970s around the time Emergency was announced, the film excels as it delivers a lot more than just a sports-based movie revolving around the clashes between its key contestants. Sarpatta gives you the feel of watching a boxing match sitting in the stadium with the heat always on keeping the excitement alive. The narration never calms down after a fiery beginning and the pace rarely gives you time to think about the predictable elements.

Both Arya and John Kokken deliver knock-out performances as the two powerful opponents in the ring. But it’s the brilliant background score, camerawork, art direction, editing, and the supporting cast that takes it to another level putting up a praiseworthy collective show. Particularly the film gets a major lift through it supporting characters of a silent coach speaking with his eyes, a friendly guide talking in a mixed dialect, and a dancing boxer displaying amazing footwork in the ring, entertaining the excited audience.

Post a fast-paced, thrilling first hour, Sarpatta goes back to the usual elements (including a routine ‘training song’), before it bounces back focusing on the intense competition between the boxing clans. At times a couple of characters appear to be overloud (like the worried mother), but that doesn’t hamper the narrative moving at a brisk pace.

Presented as an epic, the film also works as it brings along an entire ambience of that era and the people representing the lively culture of the city. Ranjith thoughtfully depicts the lifestyles of boxer clans of those times, subtly commenting upon the caste differences and political inclinations of various groups involved in the competitions.

He brings in the reference of the dissolution of the government at a crucial point in the film but doesn’t let it overshadow the story proceedings, making an intelligent move. But most importantly, the film doesn’t care about any state or national championship defying the usual.

Overall, Sarpatta Parambarai is a superbly conceived project revolving around boxing that should ideally be called a cultural-sports film instead of just a sports drama. It isn’t any path-breaking attempt, trying some innovative ideas to be honest. But it surely is one of the best Indian sports-based films of recent times that has a lot to offer rising above the clichés with a solid punch.

Hence, go for it and experience the adrenaline rush, spending the three energetic hours with the boxers in the ring. Malik Review: Just short of being a masterpiece
Advertisement