Netrikann review: Nayanthara steals the show with her performance in this official Korean remake of ‘Blind’

The movie works as an above-average thriller more because of its earnest performances and an impressive first half remaining true to its genre.
Bobby Sing 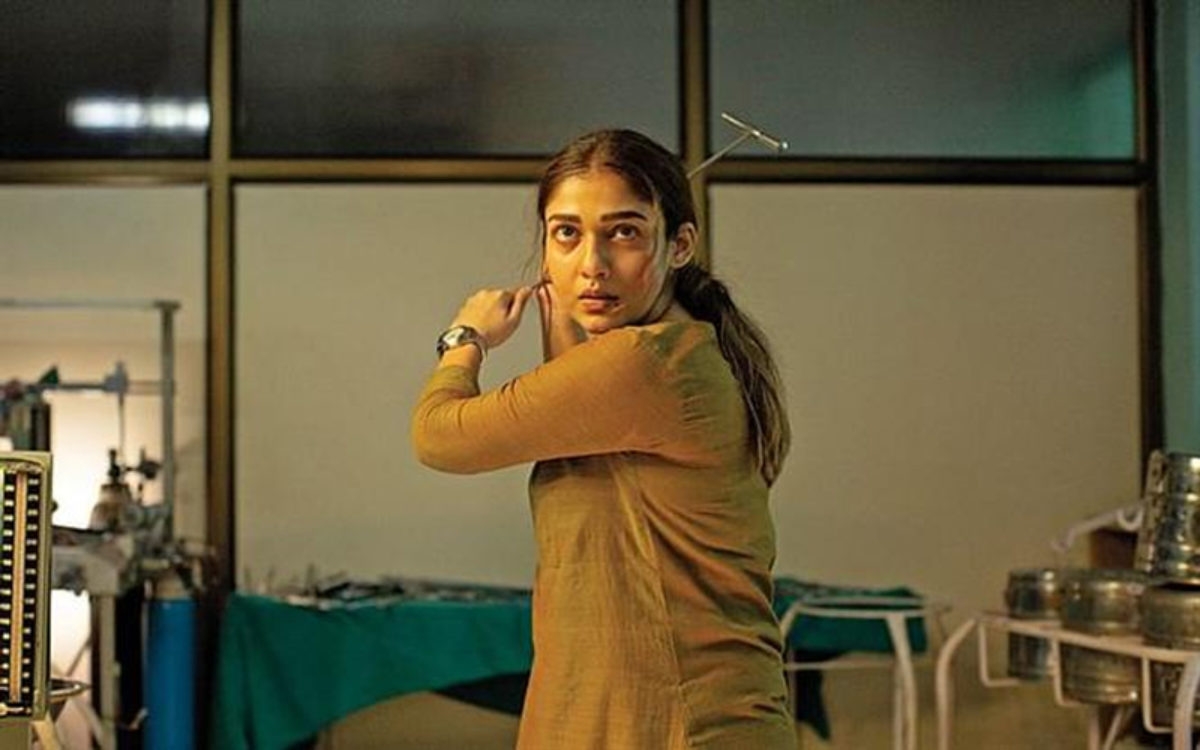 Last year, we had Mysskin’s Psycho exploiting the premise of a visually challenged male protagonist investigating the case of a psychopath killer. This year Netrikann (meaning The Third Eye) takes up the subject but with a female protagonist instead, played by the lady superstar Nayanthara. The two films based on identical plots are still different in terms of execution and storytelling, offering you a distinctive experience. As expected from Mysskin, his Psycho was more elaborate in nature and presentation, whereas Netrikann, directed by Milind Rau, follows a simplistic narrative focusing more on long chases and action sequences replacing the reasoning and investigations.

As an official remake of the Korean thriller Blind (2011), Netrikann faithfully follows the original with only a few minor changes, as per the Indian settings. Blind, releasing a decade back was also not any outstanding investigative thriller, contradicting what Korean cinema is known for. Then what inspired the makers to go for a dedicated adaptation without rectifying the drawbacks remains a big question. Revealing the identity of the serial killer at the beginning itself, Netrikann doesn’t rely upon any shocking surprises and is all about how they catch him with the help of a blind witness.

However, what still makes it engrossing (in the first hour) is the way it begins with a brutal accident and how Nayanthara plays the blind in an authentic, understated manner with no glossy makeover. The film also successfully establishes an emotional connection with the viewer through realistic characters of a helpful police officer and a young delivery boy investigating along with the blind witness.

In addition, a well-shot chase sequence in the metro with an apt background score brings in the essential nail-biting moments, putting life back into the film.

Unfortunately, the pace and the story development don’t remain the same as Netrikann moves towards the climax. The lack of exciting investigation and stretched action sequences does not offer the thrill expected from the second half of a film about an obsessed serial killer.

Moreover, a routine presentation of the villain (Ajmal Ameer) with over-the-top expressions and a confused, illogical backstory doesn’t give any solid reasoning behind the killings. Strangely, the director also adds unnecessary skin show with blurred images of the abducted girls that more aim at titillating the viewers.

In short, Netrikann works as an above-average thriller more because of its earnest performances and an impressive first half remaining true to its genre. Manikandan, as the ignored cop at the station, gives a sincere performance winning hearts and Saran is likeable as the delivery boy. But the film solely belongs to Nayanthara, justifying the title of lady superstar with her praiseworthy, believable act of a CBI officer gone blind, becoming the sole witness.

Nayanthara leads the film with a solid conviction, but the same cannot be said about the writing devotedly following its source, making no efforts to strengthen the weak culmination. As a result, one finishes the film with a feeling of less served than promised, missing the potential opportunity of becoming a cult thriller.