'Eighteen Hours' might not bring you onto the edge of your seats, but it is capable enough to keep you hooked, waiting for the girls to escape by killing the ruthless kidnappers.
Bobby Sing 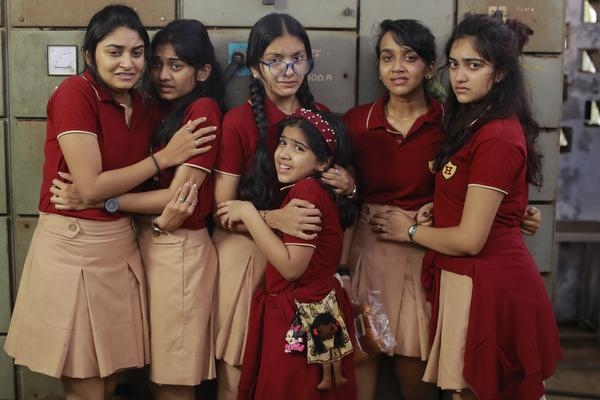 A survival thriller revolving around a group of schoolgirls held hostage by deadly, armed drug peddlers is not any novel premise. But such films usually present a male hero as their saviour, who rescues the group from the kidnappers, giving them a solid fight. Coming as a pleasant surprise, that is exactly what isn’t there in Eighteen Hours, a film with no male hero, entirely focusing on the girls and their killer instincts.

Competently directed by Rajesh Nair, it begins with a bold sequence that instantly reminds you of the style introduced by Ram Gopal Varma in his prime years. It then establishes an immediate connection with the viewers when all the likable newcomer girls get introduced with a senior joining the group in their tour bus. These initial sequences also leave an impact as Nair doesn’t give them any extra footage and quickly comes to the point with the bus getting hijacked within the next ten minutes.

To be straight, Eighteen Hours neither has any novelty in its content nor any surprises in store exploring a familiar premise. But it still largely works as a 96 minutes film because of its fast-paced sequences and thrilling execution that never lets you feel any monotony till action takes over in the final 20 minutes.

The film has its share of logical flaws and creative liberties, but the screenplay never lets you think about them with quick developments on-screen moving on to distinct characters in a fairly balanced manner. Besides, the progression keeps you engaged as the young fresh faces deliver appreciable performances, especially the girls giving a kick-ass reply to the goons in the action-packed climax.

A survival drama works when one feels the scary stress and trauma along with the characters facing it on screen. Eighteen Hours makes you feel that right from the beginning and the background score and camerawork majorly contribute in establishing that emotional bond. Though the male police officers get little to do in the film, they still impress, especially in the concluding moments when a hidden revelation increases the respect to many folds.

In all, Eighteen Hours might not bring you onto the edge of your seats, but it is capable enough to keep you hooked, waiting for the girls to escape by killing the ruthless kidnappers. It might turn out to be a lot more if you love watching women take over the charge instead of the typical male heroes in such intense survival thrillers.

Reportedly, all the students and drug peddlers in the film are played by debutant actors, who were selected through social media online during the lockdown period. Perhaps that is another reason it deserves to be given a chance to support the praiseworthy initiative taken by its producer and director.