Bannerghatta keeps struggling to deliver as an experimental attempt with a mix of unpredictable as well as repetitive, lengthy, and annoying visuals.
Bobby Sing 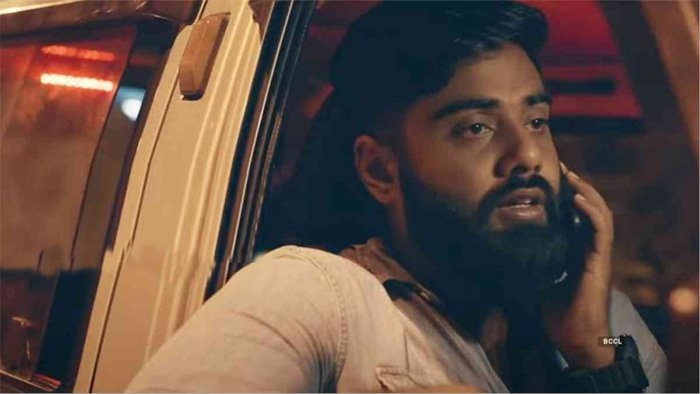 What if a film begins with four minutes long opening titles and then you are shown just one person driving a car, talking to different people on phone for most of its 80 minutes duration? It surely would be called a limited budget, experimental film narrating the story of a night as experienced by its protagonist tackling unexpected situations. But does it succeed in such an experiment, giving almost nothing to watch to the viewer remains a crucial question?

Unfortunately, Bannerghatta keeps struggling to deliver as an experimental attempt with a mix of unpredictable as well as repetitive, lengthy, and annoying visuals. It begins with the lead character, Aashiq, driving at night heading towards his destination to deliver a packet, and then keeps on progressing, with almost nothing happening for around twenty tiring minutes before he gets a call from his sister.

Until the tension creeps in with the phone call becoming suspicious raising several doubts, director Vishnu Narayanan tries various tricks to keep the viewer engrossed, including unexplained references of a few horror elements. However, explaining nothing about them, the narration thankfully finds a direction with the sister calling in, making the viewer eager to know what would happen next and how Aashiq will manage to do something well in time. Till this moment, around one hour into the film, we still don’t get to see any other character on the screen with the complete focus remaining on Aashiq and his helplessness felt in the confusing situations.

The scenario changes as some police officials spot Aashiq’s car asking him the questions he doesn’t seem to have any satisfactory answers. The interrogation intensifies and we get to know something shockingly unexpected, saving the film from becoming a tough, monotonous watch. Honestly, the realistic climax rescues the film and one doesn’t feel completely disappointed recalling the other lies spoken by the key characters in the script at various points of time.

Giving the deserving due, Bannerghatta works as a technical experiment, interestingly using limited visuals, natural sounds, and dialogues that seem straight out of real life. But the project (with a short duration) doesn’t have much to say in terms of content in any exciting or conclusive manner. As a plot-driven film, it also tries to make a comment on our social structure with instances we can easily relate to, but nothing results in anything significant making a solid impression. Though Karthik Ramakrishnan acts fine as the solo lead performer, we don’t feel connected till the final sequence of the film delivers a major twist.

Overall, Bannerghatta can generously be rated as a brave experiment, presented as a suspenseful thriller that sadly lacks clarity despite a realistic climax.