By showcasing righteous response from within a corrupted system, guess Sinha is aiming to hold out hope for a change from within. A must watch!
Johnson Thomas 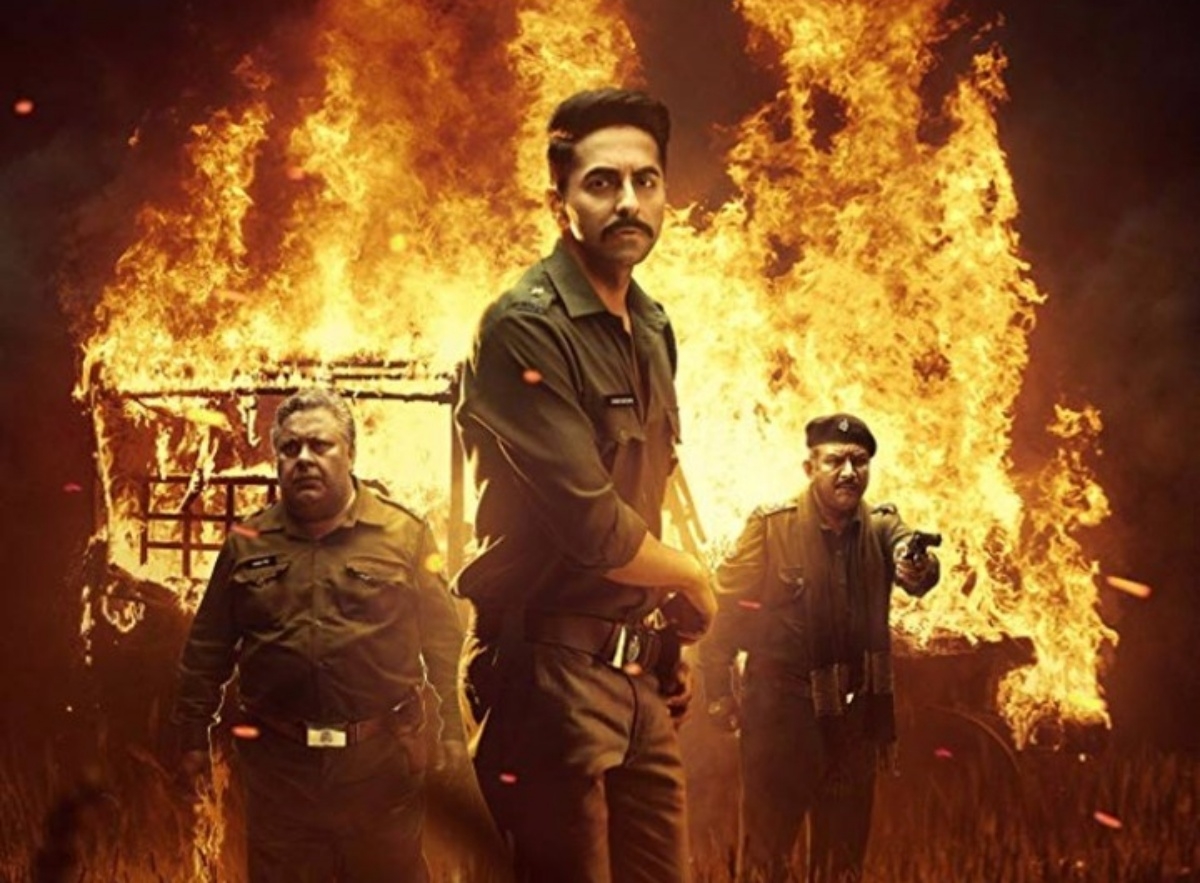 After his successful attempt to mainstream the victim-hood experienced by the Muslim community through a court-room drama (Mulk), Anubhav Sinha turns his attention to the oppression and dis-empowerment of a much more downtrodden and ignored community, the Dalits, with this, his new film that hopes to knock-down the barriers of offensiveness worn by those conspicuously refusing to see the writing on the wall. A compelling drama that gathers tempo and grit from the byzantine hierarchies sustaining caste oppression and inequalities, this film set in Uttar Pradesh, holds out hope for the few who dare to stand firm and use their positions in power to scuttle the prevalent dispossession and victimisation of those who struggle for livelihood and justice within a corrupted system.

Anubhav Sinha opens his narrative with a Dalit/Adivasi group drumming up some motivation by singing ‘Haq se’ and immediately cuts to IPS officer Ayan Ranjan’s (Ayushmann Khurrana) entry into the hurly burly of Uttar Pradesh’s caste and class acrimony while requisitioning Bob Dylan’s ‘How many roads must a man walk down’ to underline the latter’s personal awakening to the conflict.

The camera makes an intimate study of newly appointed IPS officer Ayan, who has taken charge of a beleaguered Lalgoan and immediately sets him up on a course of righteous action and self-discovery. Prodded by the constantly questioning attitude of Aditi (Isha Talwar), his whatsapp friend and an activist-journalist in her own right, Ayan, himself an entitled, ignorant upper class/caste Brahmin, opens his eyes to the status quo and wades through the murky, filth infested waters of caste conflict in order to deliver justice to the three young Dalit girls who were raped and tortured just because they had the temerity to demand an increase of Rs 3/- from their base salary of Rs 25/-. Writers Gaurav Solanki and Anubhav himself, through Aditi, make a strong case for the ‘Lord Mountbatten lost in the Page 7 India’ to wake up from his delusions of equality and inclusiveness and smell the coffee.

The narrative is hard-hitting and incisive, emboldened by a lucid, expressive screenplay and some intriguingly intertwined sub-plots that integrate caste affiliations and behaviour with power and lack of accountability. The non-traditional, eclectic background score generates a tempestuous power and is complementary to the earthy toned, darkish cinematography that permeates almost every frame in this impactful telling. It may be a tad difficult to believe entirely in the endplay here – given the existing reality that incarcerates whistle-blowers and activists while at the same time, allows the entry of a terrorism accused into the haloed portals of the Indian parliament. By showcasing Ayan’s righteous response from within a corrupted system, I guess Sinha is aiming to hold out hope for a change from within. And why not? This is a must watch!