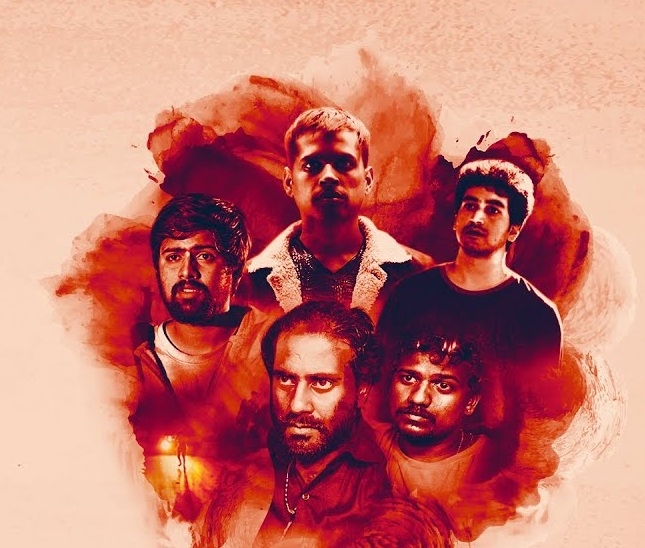 It always feels great to witness an impressive attempt made within a limited budget delivering the kicks, as expected from a taut crime thriller. However, Alpha Adimai is a lot more than just a well-made film, as it successfully delivers without relying upon any shocking twist, with a simple plot revolving around just five characters presented in only 88 minutes.

The film begins with a quote by Dostoevsky pointing towards people secretly having a liking towards the wrong. It then introduces two youngsters looking for their dosage of drugs, two drug peddlers with a junior associate who has just joined in, and a team of police officers working on a tip to catch them red-handed. Post a few relaxed sequences, a terrific roller-coaster ride begins the moment they all come together working on their individual plans.

As a story of one night, another unique feature of the film is that it doesn’t follow the mainstream norm of showcasing a hero, and it’s all about the few characters dealing with each other. The narrative clearly shows who the villain is, and one very well knows how it will end. Yet, the execution turns it into an entertaining nail-biting thriller, keeping the viewers engrossed right till the predictable climax.

Moving at a brisk pace, the film majorly works because of the character of Poona, played by Eshwar, who simply kills it on the screen with his cold-eyed looks and scary instincts. The silent character comes into form post-identifying the trap laid by the police and from there onwards is a delight to watch playing his unexpected mind-games. Enacting the drug peddlers, we have Kalki (as the boss) and Jinovi, the writer-director himself, bringing in the humour, giving the second-best performance of the film. The three together put up a great act through their hilarious dialogues and worth-noticing body language.

Exposing the demon living in every human being waiting to reveal itself, Alpha Adimai (meaning Alpha slave) could have also been made without the irritating cock-jokes, the quick flashback, and the forced gay-angle in the script. But the insertions don’t make any negative impact on the proceedings. Besides, this also deserves to be seen for its effective camerawork, crisp editing, and background score, contributing majorly to the film’s gripping impact. Having said that, it certainly would have been a new-age gem with a little more detailing of the characters exploring their criminal psyche.