Movie Review – ‘Pele: Birth of a Legend’ – Elementary yet inspirational 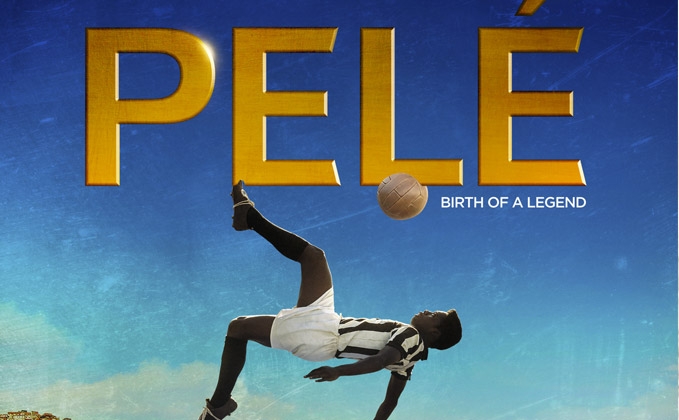 The replay of drag, dribble, tossing and shooting a goal, is what you would expect from any soccer film. But in directors Jeff and Michael Zimbalist’s “Pele: Birth of a Legend”, you get to see this and much more.

An underdog story that emotionally hooks you, it is the tale of the greatest football player of all time, the global icon Edson Arantes do Nascimento, who is fondly nicknamed ‘Dico’ by his parents and is also known to the world as Pele.

Unlike any biography, this film concentrates only on the eight years of Pele’s life. Starting from 1950, when he was a 9-year-old kid till 1958, how as a 17-year-old lad, he skilfully contributed to Brazil’s victory in his international debut.

More than Pele’s personal account, which includes his trials and tribulations as a shoe-shiner in a slum of Bauru in the state of Sao Paula, to a soccer hero trajectory, the film also pays tribute to Brazil’s black community. It does so, by highlighting the spiritually uplifting and unique fighting style called ‘Ginga’, which created a sense of patriotism among the Brazilians, thereby terming football as, “the beautiful game”.

The film effectively portrays how the martial arts-like movement of Ginga was adapted by the players to advance the ball through the air rather than on the ground.

This is a feel good, happy film, told in a simple formulaic pattern. It is entertaining, yet bland. This is because; the narrative focusses only on Pele’s early years and is treated in an insignificantly predictable manner especially while tackling tragedy, poverty and racism.

Also, the script gradually shifts focus from the personality, to the highs and lows of the World Cup at Sweden, making the film lose its impact.

But what keeps you hooked throughout, are the sincere performances, by the lead cast. Firstly by, Leonardo Lima Carvalho, who is charming. He gives a dazzling performance as young Dico, the shoeless kid kicking a stuffed, handmade ball around the muddy streets of his locality along with his equally barefooted friends.

How he changes from a vibrant, energetic naughty boy — who simply wants to have fun — to a momentarily sedate lad is exemplary. And he displays it charismatically.

Later, Keven de Paula who takes the baton from Leonardo, as the older Dico, provides an equally charged performance. He tackles the ball with equally amazing dexterity.

They are aptly supported by; Seu Jorge as his dad Dondinho – an ex-player and now a janitor in the local hospital, Mariana Nunes as Dico’s mother, Celeste. They lay a strong foundation for the sentimental track.

On the field and in the locker room; Vincent D’Onofrio as the coach Vicente Feola, Diego Boneta as the smug striker Jose Altafini and Milton Goncalves, as the talent scout have their moments of screen glory.

Also delightful are Dico’s young friends. They are natural and effervescent, but their oft-seen track is only one-dimensional and standard. You miss them, as the story progresses.

Technically, the film is well-assembled. Matthew Libatique’s cinematography captures the locales and the games beautifully. The choreography of the action scenes replicate the amazing moves Pele displayed decades ago, but unfortunately with the entire drama captured in mid-shots and close-ups, the impact is lost.

With an adrenaline charged tempo, the background score rendered by A.R. Rahman is racy.

The visuals, which include some archival footage along with the music, are efficiently layered by editors Luis Carballar, Naomi Geraghty and Glen Scantlebury.