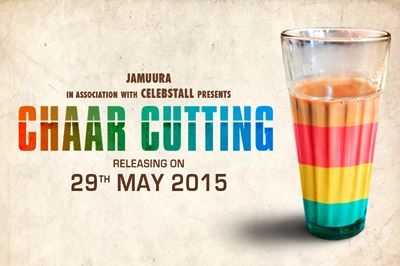 This week’s best bet, this bouquet of four short films is a real treat I must say. “Manila Running’ directed by Anuj Gulati is about a foreigner tourist setting out on his own in an alien and predatory landscape to locate a lodge he is booked into. A smart film, the narrative is quite interestingly plied with moves that are unpredictable and interesting to boot. Accompanied by Deep House music, the tempo and treatment liven up the proceedings generating an atmosphere of curiosity and interest. It’s special and has been feted at many festivals across the world.

‘Skin Deep’ has story by Vikramaditya Motwane, about a couple who attempt to have sex but fail every time because the guy’s Penis hasn’t been circumcised. Don’t know why they wait till the penultimate day to get it done. Needless to say he ends up in a coma while she gets married to her betrothed. It’s a story that has it’s faults. The guy and girl plan to run-off and get married on the day she is supposed to marry someone else. Couldn’t figure out why they had to wait till that day. Anyway, that shouldn’t take anything away from Hardik Mehta’s assured takes and affecting aptitude.

I liked Vivek Soni’s ‘Bawdi’ the most though. And that too because it was earthy and rooted in todays’ problems. Set amidst the backdrop of drought, this tragic-romance takes an uplifting turn when the central character, Vishnu( Priyanshu Painyuli) gives up the chance to be with his love and move to a city for better opportunities, and instead decides to stick around and take the battle into the streets in an attempt to regain a precious but lost natural resource. The treatment was straightforward but completely involving. And there was emotional connect to be had too.

‘Blouse’ the most popular among the four, is an old-fashioned tale about a guy trying to prove his love to his wife by getting her a custom-made blouse for Karva chauth. Vijeta Kumar handles the film with deft strokes, swiftly moving through the search and final settlement of size for the vaunted project. The story appears a little far-fetched and impossible but the treatment which allows for a curious ending, does the trick in getting the audience on it’s side.

All four films are interesting and assured-nothing too gimmicky or showy here . Worth a dekho certainly!