Bollywood's 'Dhak Dhak' girl Madhuri Dixit Nene too made a debut on the video-sharing platform.
ANI 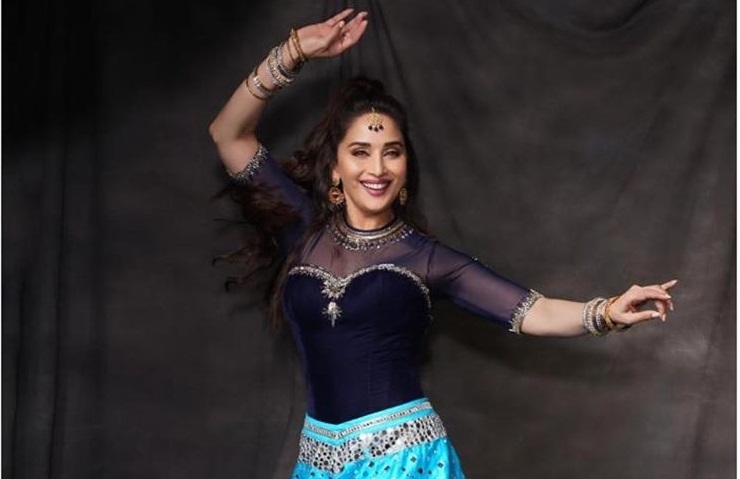 New Delhi: Joining the array of stars who have started their YouTube channel, Bollywood's 'Dhak Dhak' girl Madhuri Dixit Nene too made a debut on the video-sharing platform on Thursday.' Following the footsteps of other stars, Madhuri shared her first video from the star-studded event, The International Indian Film Academy Awards (IIFA) which was held last month in Mumbai.

The small video starts with a stance that THE 'Aaja Nachle' actor took while performing at the IIFA night. In the video, fans can watch the star sharing some moments of her dance rehearsals for the main event where she paid a tribute to her "favourite choreographer" Saroj Khan ji by grooving on the peppy tracks that were choreographed by the veteran dancer.

The video at one point also showed a clip where a teary-eyed Saroj ji was seen applauding the efforts of Madhuri.

Starting from the dance rehearsals, stage technicalities to her pulling off the red ravishing single shoulder gown which she wore for the green carpet, Madhuri is leaving no stone unturned to impress fans with her video.

"I'm so excited to share my first video on @YouTube, which is a BTS from @IIFA. Enjoy," she wrote.

I’m so excited to share my first video on @YouTube which is a BTS from @iifa. Enjoy ❤ (Link in bio)

In the end, several other prominent stars were seen shouting and applauding the flawless dance performance by Madhuri.

Meanwhile, on the work front, Madhuri along with husband Dr Shriram Nene has turned producer for a Marathi film titled 'Panchak.' The film which stars Adinath Kothare will be directed by Jayant Jathar. Madhuri Dixit and Dr. Sriram Nene are giving us serious couple goals with their vacay pics