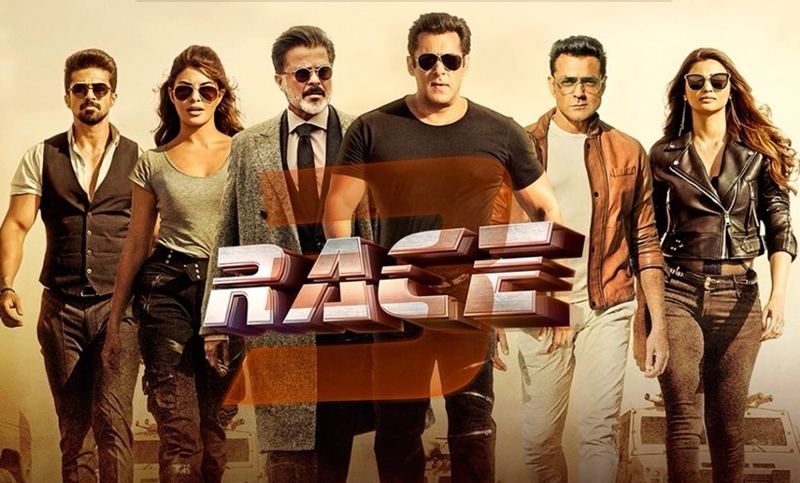 Salman Khan starrer Race 3 is one of the most anticipated films of 2018. Like the first two films, this one also boasts of high octane action sequences. After immense anticipation, the makers finally released the mega trailer featuring Salman Khan in action mode.

The franchise, which was earlier headlined by Saif Ali Khan and directed by Abbas- Mastan, has been revamped according to Salman Khan style. The story revolves around the feud and betrayal amongst the family. Heading the Race, Salman Khan as Sikander aces the game with his action. Anil Kapoor as Shamsher showcases the most experience and power in the trailer. Jacqueline packs a punch with her action avatar. Daisy Shah and Saqib Saleem portray the insecure siblings caught in the jealousy towards Salman Khan. Bobby Deol touted as the main man is seen as an aide to Salman Khan throughout the trailer, raising our interests in his character. But, the dialogues are pretty insane especially the one-liners said by Salman Khan. While the trailer is high on action, there are some of the dialogues that can’t be missed.

Starring Salman Khan, Jacqueline Fernandez, Anil Kapoor, Bobby Deol, Saqib Saleem and Daisy Shah, Race 3 is undoubtedly one of the most awaited films. Produced by Salman Khan Films and Ramesh Taurani under the banner of Tips Films, it is directed by Remo D’souza and will hit theatres on Eid, June 15, 2018.