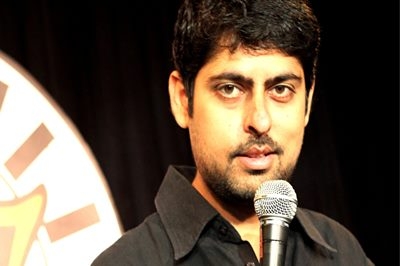 New Delhi: He has penned some of the most beautiful songs in Bollywood movies but Varun Grover did not want to take on the dual challenge of writing the script and the lyrics of “Masaan”. “The songs that I have written for other films have generally been received well. I was under a lot of pressure for this film. I knew that people will judge me if I wrote poor songs,” Varun told PTI. This is why the love shown to the Benaras-based movie and its three songs — ‘Tu kisi rail si…’, ‘Mann Kasturi re…’ and ‘Bhor’ — is special to the multi-talented lyricist, writer and stand-up comedian. Varun says he was struck by the simple yet evocative metaphor of ‘rail’ in Dushyan Kumar’s ghazal ‘Tu kisi rail si’.

He took the opening line and reworked the rest of the poem to suit the film’s narrative. “I wanted a song to describe the moment when a boy and a girl cross paths. I remembered Dushyant Kumar ji’s ‘Tu kisi rail si…’ and loved the simplicity of the metaphor. It is such a common metaphor and connects with everyone. The relationship in the poem seems physical and at the same it has a momentariness. “While ‘Bhor’ is a version of Indian Ocean’s previous hit, ‘Mann kasturi re’ is a nod to the style of Kabir. “I wanted to use Kabir but then I thought, it would be too obvious. We had Nazeer Akbarabadi’s poem but we did not use it.

I realised that I will have to write something that is original and yet reminds you of Kabir. Words like ‘chaadar’, ‘satrangi darwaza’ and ‘kasturi’ come from his writing. He used these metaphors a lot. “The songs almost did not make it into the Neeraj Ghaywan-directed movie as its French producers wanted to work with the background score only. “There is space for only three songs in the movie and we really fought for it because our French producers did not want them in the movie. We were adamant about using these songs. Eventually, a compromise was worked out. They told us to not subtitle the songs when it released in France. ” Varun has written lyrics in “That Girl In Yellow Boots”, “Gangs of Wasseypur”, “Prague”, “Katiyabaaz”, “Ankhon Dekhi” and “Dum Laga Ke Haisha”.