On Pakistan's Independence Day, Mehwish shared a picture of herself wearing a white kurti and holding her country's flag.
FPJ Web Desk 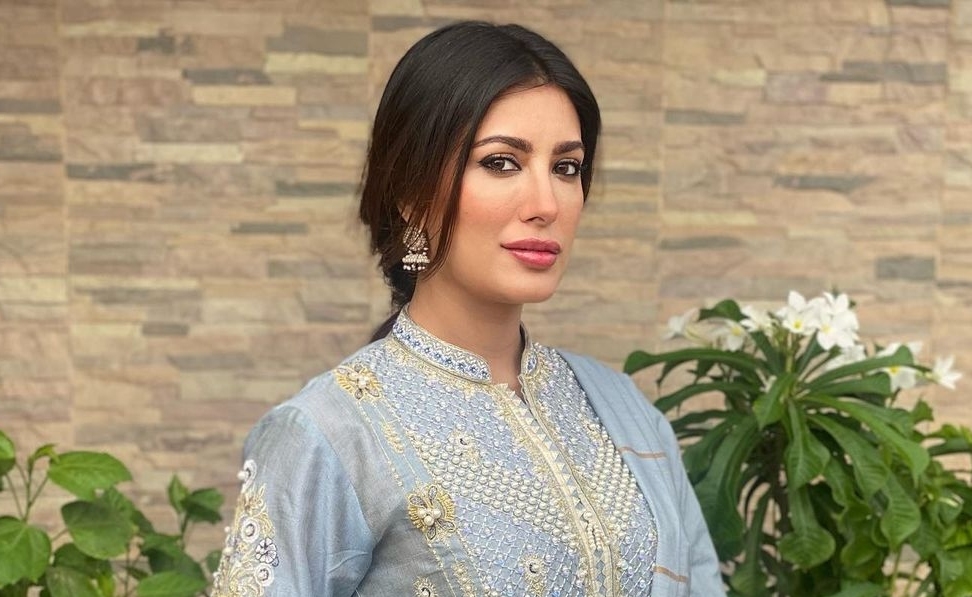 Pakistani actress Mehwish Hayat recently slammed 'perverts' who commented about the colour of her bra on her Independence Day post on August 14.

On Pakistan's Independence Day, Mehwish shared a picture of herself wearing a white kurti and holding her country's flag. Sharing it, she wrote, "The Quaid said, 'It is only with united effort and faith in our destiny that we shall be able to translate the Pakistan of our dreams into reality.' Hoisting the flag is not enough, if we really respect this country, we need to embody the ideals of our forefathers. Happy Independence Day. PAKISTAN ZINDABAD #MehwishHayat #ProudPakistani"

Soon after the post, a section of internet users started talking about the colour of Mehwish's bra.

Mehwish recently took to her Instagram story to slam the trolls and wrote: "Literally sickened seeing some of the comments under this post - the perverts debating the colour of my bra just shows how sick and petty their minds are. Black, grey, green it's none of your effing business! For God's sake grow up. No wonder the society is in the mess that ut is!" 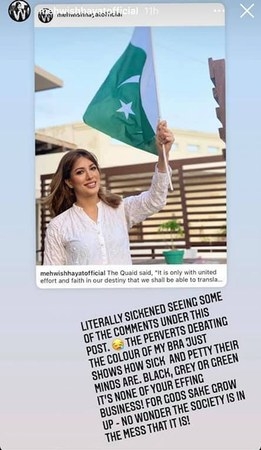 In another story, Mehwiish Hayat added, "I would suggest that there are bigger issues that need addressing. Only if this energy could be invested in better more worthwhile pursuits!" 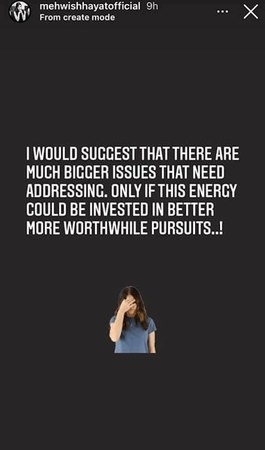 Speaking of the 'bigger issues', a horrifying video from Pakistan recently went viral online in which hordes of men were seen groping, mauling and tearing off the clothes of a female TikTok star.

Outraged netizens expressed their shock and disgust at the violence against the woman after several horrific videos of the woman being "brutally attacked" in Lahore surfaced online.