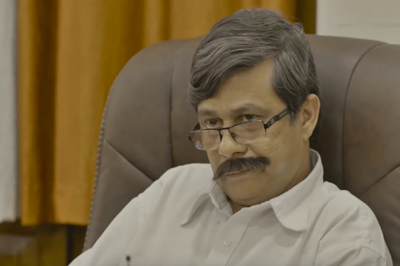 Panaji: The sequel to popular Konkani movie “Home Sweet Home” would be released on December 25 across all theaters in Goa, the makers announced today. “We are expecting ‘Home Sweet Home 2’ to get a better response than the first movie, which has broken all records,” the film’s lead actor Rajdeep Naik said.

Directed by Swapnil Shetkar, almost all the actors from the first installment have been retained in the sequel, with addition of Konkani actress Samiksha Desai. Besides Naik, the movie also stars Aryan Khedekar and John D’Silva.

“The first movie was about the land grab scam in Goa. The second film makes a statement on the politicians and their role in ruining Goa,” Shetkar said. According to the director the first film set a record as it was running across theaters for over 600 shows.

“The sequel will break the record further,” he said. Shetkar denied that the movie comments on any particular politician in the state. “You have to watch the movie before judging or commenting on it. It has a much deeper story-telling and comments on the current crisis faced by Goa,” he said.

Actor Naik said, “We hope that this movie will change the face of politics in Goa. Influenced by its story, the people will vote for right person in the 2017 state polls. Irrespective of the party, the candidate should be important,” he said.