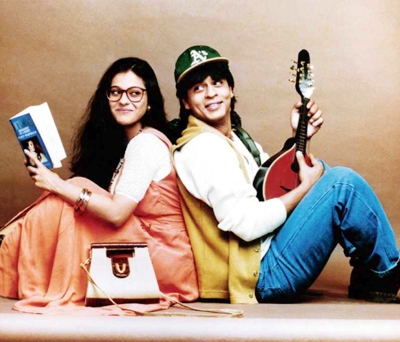 As the evergreen love story of Indian cinema ‘Dilwale Dulhania Le Jayenge’ completed 1000 weeks at the box office on December 12, looks like superstar Shah Rukh Khan got nostalgic about his film!What’s more, SRK, who played the role of the fun loving London-bred Punjabi boy, Raj took to Twitter early in the morning yesterday to remind his fans about the iconic day!

Shah Rukh took to the micro blogging site where he wrote, “Late nite shoot at YRF, Mumbai. No better way to drive back home, then to a day when it’s a 1000 weeks of DDLJ.” Veteran actor Anupam Kher, who played Raj’s doting and supportive father in the film, also shared a picture of himself with Shah Rukh Khan on Twitter.