Kangana is a dear friend; I want ‘Manikarnika’ to do well: Sonu Sood 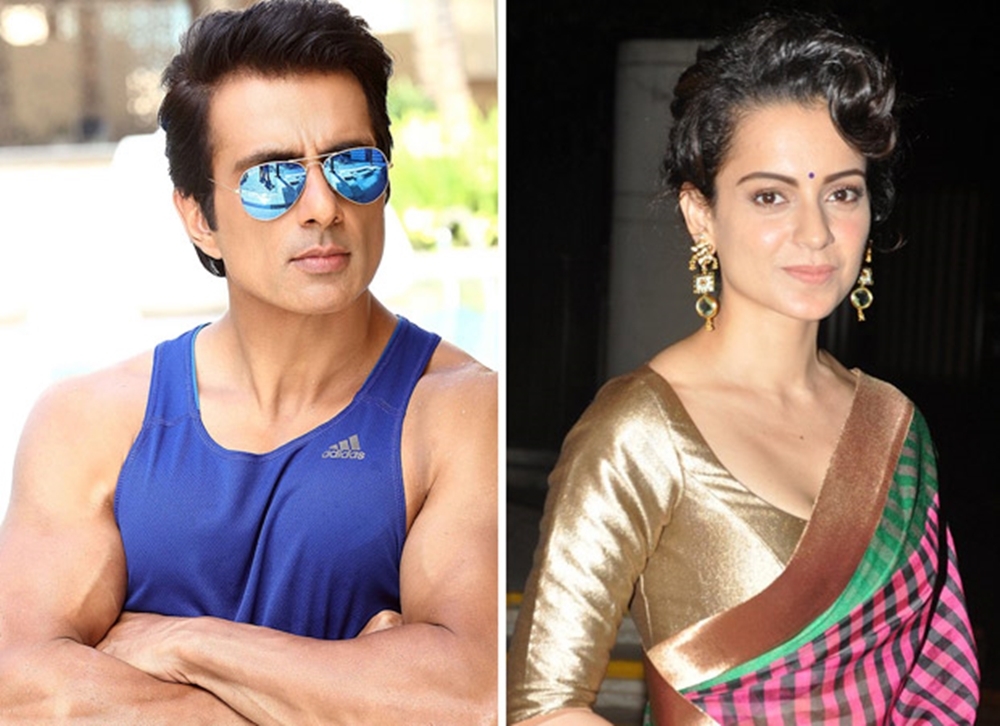 Kangana Ranaut’s Manikarnika is all set to be released on January 25. The trailer of the film holds out a promise that it is going to be a well mounted historical drama. But it is quite well known that the making of the film was not very easy as it courted many controversies throughout. The most popular one was Sonu Sood walking out of the movie after his alleged spat with Kangana. In an exclusive interview with Bollywood Hungama, Sonu opened up about this and clarified the real reason why he walked out of the film.

Giving us a complete update from the start, he revealed, “I had shot for Manikarnika for 45-47 days. We shot in Jaisalmer, Jodhpur and Film City with huge sets and huge combination of artists. Manikarnika was a very very special film to me, I had seen the rushes and the way it was mounted, the way Krish (the director) shot the film, it was phenomenal. I used to sit with Krish and always discuss that I am really looking forward to the film. Then there was a time when somehow things did not go very well with the director and Kangana Ranaut and I was not aware of it. And they planned to re-shoot the film; I requested to see what exactly they wanted to re-shoot. And I said that we will do it if we think it is important. But when I saw the film, the way it was edited and there were some scenes that were missing from the film. This really disturbed me because we had put so much of hard work shooting for those scenes and when I asked them, they said that they needed to reshoot those portions which was very surprising”

Sonu Sood then mentioned about some emails which stated that the makers did not want him back on the sets. Sonu further said, “There were some issues which I tried to sort. Then, they said that they wanted to shoot right away while I was shooting for Simmba. I had a continuity of beard but for Manikarnika I was clean shaven. They tried to somehow adjust those dates and said that we want to finish in September. I said the film is releasing in February so even if we go to October first week, it does not really matter because we have already completed the film. Somehow we were not on same page. She (Kangana) wanted to direct it. So I said that if you want to finish it this week only then you can go ahead with someone else if you want to because I can’t leave my Simmba set.”

Kangana Ranaut, in her interviews, said that Sonu had a problem being directed by a woman and so he walked out. Sonu clarified this with us and said, “Kangana is a dear friend. I have known her before her first film. It was very disheartening to experience this with a friend with whom you can’t fight or say anything. I never refused to meet her to sort things out; I was only phone call away. The historical scenes that were narrated were never part of the original script.”

He added, “I chose a particular script and director, then suddenly a new director comes on board with new scenes and a new script written in the way they want to, it’s not easy for an actor to do scenes in different way with different director. “

He also said that this was nothing to do with Kangana being a woman because he has worked with Farah Khan in past. He just believed that he was not convinced with Kangana’s idea of the film and therefore he walked out of the project to avoid any further problems. He signed off by saying that he wants the movie to do well but he is curious to see how it has turned out after changing Krish’s vision. Check out the video below