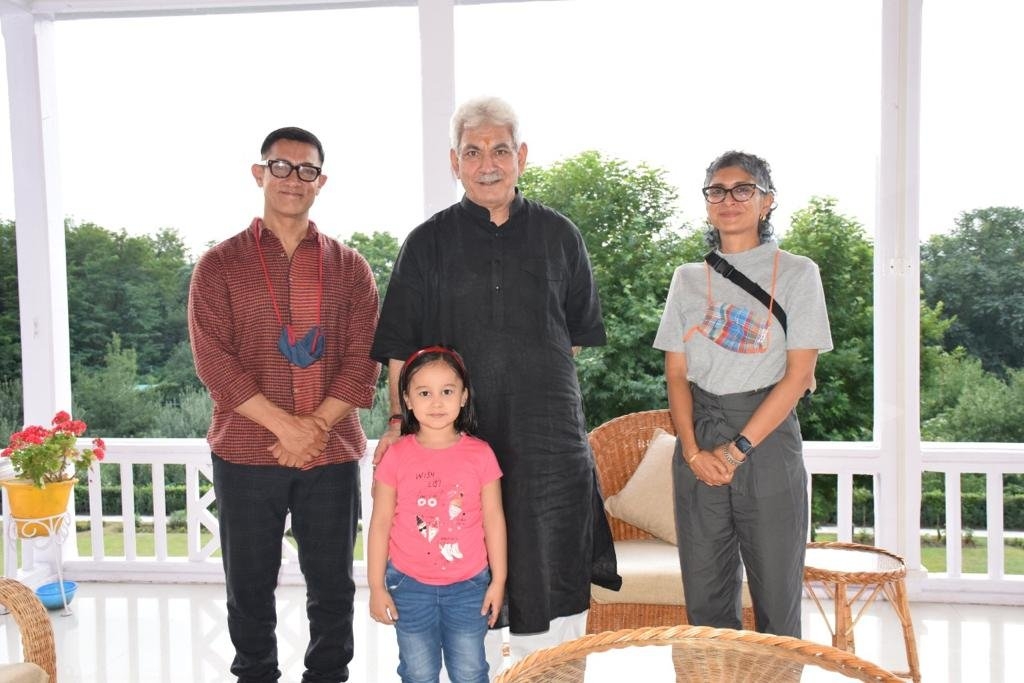 "Met renowned film actor Aamir Khan and Kiran Rao today. We discussed new film policy of J&K, which will be released shortly. The discussion also focused on reviving J&K glory in Bollywood and making it a favourite film shooting destination", the Office of J&K lieutenant governor shared on Twitter.

Earlier on Thursday, Aamir Khan visited historic Amar Singh College in Srinagar and spent some time there. A picture of the superstar taken in the premises of the college also went viral on social media. His fans shared the picture and extended him good wishes and success for his upcoming movie Lal Singh Chadda.

Aamir and Kiran announced the End of their 15-year marriage earlier this month, as well as their choice to co-parent their son Azad Rao Khan.