Jennifer Aniston and Reese Witherspoon take 'Friends' quiz and they obviously nailed it!

'Friends' star Jennifer Aniston and American actor Reese Witherspoon took a 'Friends' quiz on 'The Graham Norton Show' on Friday and they crushed it by answering all the questions.
ANI 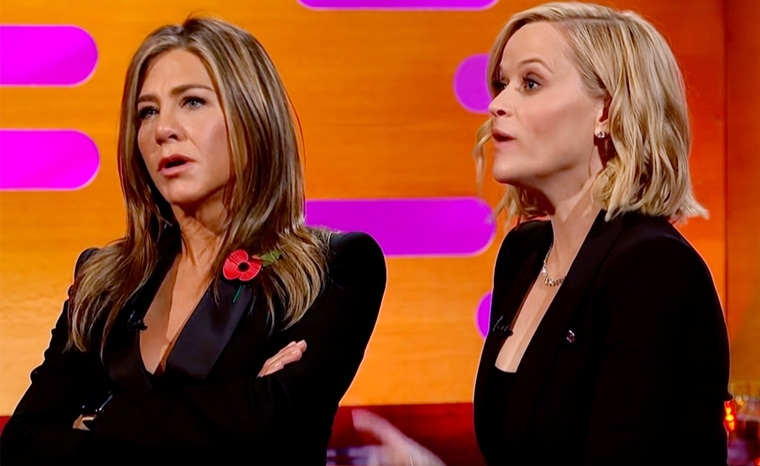 'Friends' star Jennifer Aniston and American actor Reese Witherspoon took a 'Friends' quiz on 'The Graham Norton Show' on Friday and they crushed it by answering all the questions.

Aniston, 50, and Witherspoon, 43, who star together in the new Apple Plus series 'The Morning Show,' were subjected to a pop 'Friend's quiz. The pair came out with flying colours, which makes sense, considering the fact that Aniston was one of the sitcom's stars and Witherspoon appeared on the series as Aniston's character Rachel's little sister, reported People.

The quiz master was none other than Sir Ian McKellen. Julie Andrews was also part of the group and ended up getting the final question correct.

After Norton told his guests that there would be a 'Friends' quiz, Witherspoon said, "Oh, she's gonna win," pointing to Aniston. Aniston replied, "Oh, I don't know that." Taking his duties seriously, McKellen told the duo, "I'd like you to put your hand up if you know the answer." "Yes, Sir," Aniston replied.

The first question went to Aniston, who correctly identified Rachel Green's first-ever outfit on the show to be a wedding dress.

Fans of the beloved NBC sitcom will remember that Aniston's first scene is Rachel running into Central Perk after leaving her fiance at the altar.

Witherspoon jumped at the opportunity to answer next, as the group was asked to fill in the line after, "This is about you being a brat wanting what you can't have." "Can't have? The only thing I can't have is dairy!" Witherspoon correctly answered, pointing out that it was her character, Jill Green, who said the line on the show. The exchange was between Rachel and Jill in Season 6 when Jill wanted to date Rachel's ex, Ross Geller (David Schwimmer).

Aniston answered the next one, saying that Rachel ruined her Thanksgiving British trifle by putting beef in it -- McKellen said that that wasn't quite correct, as the technical answer was shepherd's pie, which he said traditionally is made with lamb. One the show, however, Rachel's recipe called for beef.

The audience jumped in to answer the next question -- what song did Rachel sing to her daughter Emma? -- shouting "Baby Got Back!" before anyone on stage could answer.

The final question went to Andrews, 84.

"When Ross dated Rachel, why did he feel it was fine to sleep with other women?" McKellen asked her.

"I know it! It's because he said, 'we were on a break.'" The audience erupted into applause at the answer, concluding the quiz. 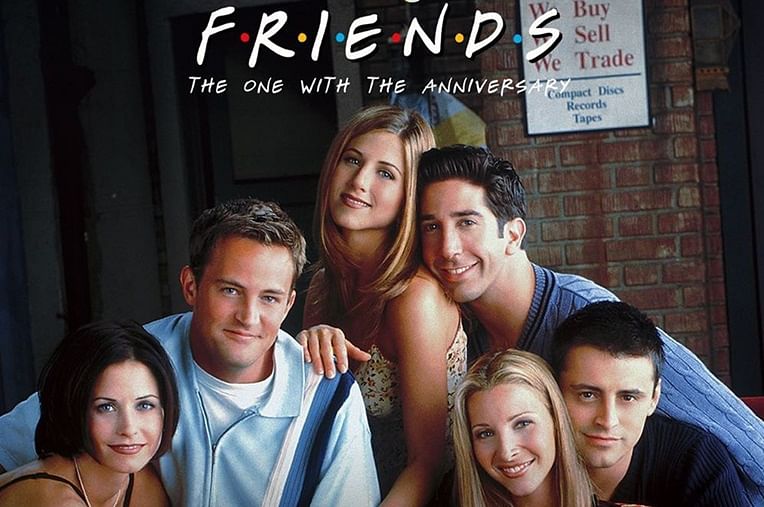 'Friends' to screen all Thanksgiving episodes across 700 movie theatres