The United Nations General Assembly on December 19, 2017 declared September 23 as the International Day of Sign Languages. The day is recognized as such to raise awareness about the importance of sign language around the world. The phenomenal day was first observed in 2018 and this would be the third year where the globe will observe this day.

The particular date was chosen because it is the same day that the World Federation of the Deaf was established in 1951.

There are thousands to millions of languages spoken around the world and so are many sign languages. Usually, every place has its own native sign language with its own special vocabulary. Many countries have more than one sign language. One of the earliest records of sign language is from the fifteenth century from Plato’s Cratylus.

While many, despite having no hearing or speaking deficiencies make an attempt or show interest to learn the sign language so as to communicate with those who only understand signs. Over the years, there have been many movies which have showcased their content using sign languages or choosing characters that use sign language. These movies make an important contribution - both onscreen and offscreen towards recognising and respecting those having hearing or speaking deficiancy, their identity, and community; they both have hearing-impaired and mute actors playing characters that demonstrate the importance of signed languages in their everyday lives.

While there have been many movies, here are some handpicked movies that screen deafness and muteness fascinatingly

Baby ferries crews of robbers led by a criminal mastermind named Doc in order to pay off a debt he incurred after stealing one of Doc's cars. Between jobs, he creates remixes from snippets of conversations he records and cares for his deaf foster father Joseph. While waiting for his next job Baby meets a young waitress named Debora; the pair quickly bond over their interests in music and fall in love.

The film has bagged two of its three 2018 Academy Award nominations for sound editing and mixing.

Based on Brian Selznick's award-winning 2011 book, Wonderstruck chronicles the adventures of two 12-year-old characters 50 years apart. In 1977 Minnesota, Ben (Oakes Fegley) is grieving the death of his single mother (Michelle Williams), who died in an accident before she could tell Ben anything about his father. He frequently dreams of wolves. And in 1927 New Jersey, Rose (Millicent Simmonds) is obsessed with silent movie star Lillian Mayhew (Julianne Moore) and would rather make paper models of cities or attend matinees than attend tutoring sessions.

While rifling through his mom's belongings, Ben comes across a copy of an old book called Wonderstruck and finds a New York City bookstore bookmark with the inscription "Love, Danny" inside. When he tries to call the bookstore's number during a storm, lightning travels through the phone line, rendering him deaf. Back in 1927, we discover that Rose, too, is deaf.

Both stories lead to the tweens running away to New York City and, more specifically, to the American Museum of Natural History, which plays a key role in the film. Eventually, Ben and Rose's adventures in the city converge in an unexpected way.

Fewer know that Millicent Simmonds in real life has hearing deficiency and made her debut with Wonderstruck. Later she was seen in Quiet Place 1 and 2.

The Shape of Water:

Elisa is a mute, isolated woman who works as a cleaning lady in a hidden, high-security government laboratory in 1962 Baltimore. Her life changes forever when she discovers the lab's classified secret -- a mysterious, scaled creature from South America that lives in a water tank. As Elisa develops a unique bond with her new friend, she soon learns that its fate and very survival lies in the hands of a hostile government agent and a marine biologist.

Libby (Maisie Sly), 4, is completely deaf. The youngest child in her family, she is unable to communicate with her siblings or parents, who are all hearing. Because of this, she becomes troubled and angry. As she's about to start school, Libby is assigned a social worker, Joanne (Rachel Shenton), who teaches her sign language.

As Libby learns to communicate with Joanne, she transforms from an angry child into a vibrant one, hungry for knowledge. However, Libby's skeptical parents are reluctant to be involved, and pose a potential block to Libby's education.

At a boarding school for the deaf, the newly arrived Sergey (Grigoriy Fesenko) passes the students' brutal initiation rites and is brought under the wing of the school's gang leader. Gamely joining in "the tribe's" everyday business of extortion, robbery and prostitution, Sergey seems to have found a new home. But when he is moved up in the gang's ranks to become a pimp and falls in love with one of his charges, he sets off a tragic series of events

In Sound of Metal, Ruben Stone is the drummer in the metal band Blackgammon, with his girlfriend Lou on guitar and shrieking vocals. While setting up for a gig, Ruben experiences a sudden loss of hearing; he can't hear a thing. A doctor tells him that he needs to stay away from loud noises or face losing his hearing for good. Ruben also learns about cochlear implants, which are expensive but could let him hear again. After unwisely faking his way through the gig, Ruben winds up at a special camp for deaf and hard of hearing people that's run by kindly, no-nonsense war veteran Joe. There, Ruben begins to learn American Sign Language and how to manage his deafness. But he can't stop thinking about the implants and how they could allow him to return to music -- and to Lou.

In a devastated Earth overrun by invincible predators of a possible extraterrestrial origin, the Abbotts find themselves struggling to survive in the desolate urban jungle of New York City, defined by a new era of utter silence. Indeed, as this new type of invader is attracted to noise, even the slightest of sounds can be deadly; however, it's been already twelve months since the powerful monsters' first sightings, and this resilient family still stands strong. Of course, learning the rules of survival in this muted dystopia is essential; nevertheless, now, of all times, an otherwise joyous event puts in jeopardy the already fragile stability. And now, more than ever, the Abbotts must not make a sound.

Now, 474 days after the all-out alien attack in A Quiet Place (2018), the Abbotts summon up every last ounce of courage to leave their now-burned-to-the-ground farm and embark on a peril-laden quest to find civilization. With this in mind, determined to expand beyond the boundaries, the resilient survivors have no other choice but to venture into eerily quiet, uncharted hostile territory, hoping for a miracle. But, this time, the enemy is everywhere.

In Hush, Maddie Young (Kate Siegel) is a deaf novelist who lives alone in the middle of the woods so she can work on her next book and get some perspective after breaking up with her boyfriend. But her tranquility is shattered when a masked killer (John Gallagher Jr.) wielding a crossbow kills Maddie's neighbor Sarah as she is trying to get into Maddie's front door. The masked killer realizes that Maddie is deaf, and decides to stalk her by stealing her phone and sending her pictures and texts while inside the house.

A deaf-mute village boy dreams of joining the prestigious Indian Cricket Team. Iqbal has a natural gift. He can bowl at great speed, a talent he practices voraciously on his father's farm. In his craving for learning the art of bowling, he is helped initially by the local team's coach.

Later a disheartened Iqbal finds a new mentor, in the form of alcoholic farmhand, Mohit, who reluctantly decides to tutor Iqbal, so much so that Iqbal qualifies to play in the Andhra Pradesh team for a Ranji trophy match. The match is won, and a way is cleared for Iqbal to find a place in the Indian team.

Paul and Catherine McNally give birth to their first daughter, Michelle, who can neither hear nor see. Not knowing how to care for a deaf and blind child, they isolate their daughter from the outside world and as a result, she is ill-behaved and emotionally distraught. Paul even considers putting Michelle in a mental hospital until an eccentric teacher with a questionable past offers to help. There are many obstacles - like the world which has no patience for disabled persons , and the deteriorating mental condition of her teacher but Michelle pursues her goal and narrates her story of victory achieved in spite of all hindrances.

Read Also
'Taarak Mehta...' cast made to sign undertaking on the usage of foul language after Munmun Dutta's... 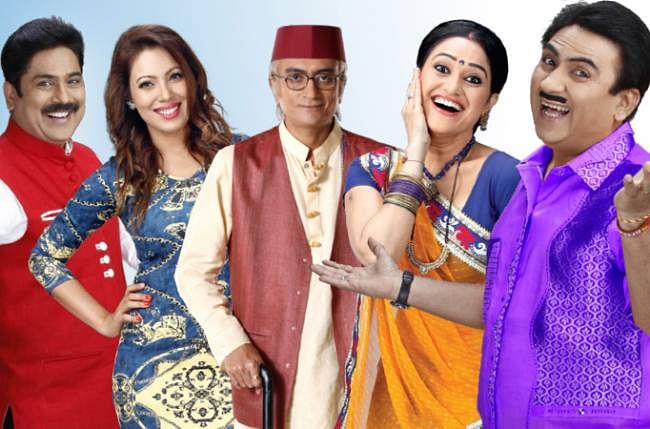 Vikram Gokhale dies at 77 in Pune

Kartik Aaryan on his prep for Freddy: ‘I got disturbing nights’