I see feminists blaming men and men alone for regressive and repressive practices in their perineal urge to sound politically correct and woke.

Sometime ago, I remember reading a tweet by this self-proclaimed, woke “feminist” on Twitter that said, “why must women go through the pressure of not repeating clothes? A man can repeat the same shirt 100 times but as a woman, I am judged for repeating the same dress that I wore on the previous date. #Patriarchy.”

Now, I would not have had any problems with this tweet had it not been for that hashtag in the end. I wondered if this really was patriarchy ‘cuz as far as I know no man ever told a girl, “Hey, you wore the same sexy black dress again today?!” And if my boyfriend is anything like other straight men, they don’t even remember what their girlfriends or wives wore at the last dinner. So, this completely unwarranted “pressure” and “embarrassment” associated with repeating a piece of clothing is inflicted upon us by well… us. Women! Which brings me to the new Netflix series, Indian matchmaking which has been receiving a lot of flak on how regressive and patriarchal it is in its approach towards women. Sure the show has some regressive overtones and has lines that stereotype women but what surprised me throughout the show is that most of it come from the women on the show.

“Mujhe ladki mein problem ye hai… the girl has to be a bit flexible. Woh mere liye bhi easy ho jayega, and I know Akshay vaisi ladki ko pasand kar lega.” The fact that this line comes from a woman, a mother, a wife… makes my blood boil. As a woman, I fail to understand why has the narrative on feminism and patriarchy today only become about the regressive stereotypes the men in our lives have brought upon us? What about our mothers, our mother-in-laws and the umpteen other women who have time and again perpetuated the same patriarchal traditions they were privy to, handing it down to the next girl that entered their homes?

I don’t blame Akshay, the 25-year-old mollycolldled heir of a rich business family, who has been dubbed ‘loser’ and “mama’s boy” on social media (and rightly so!) But this is because Akshay is only a symptom of the real cause – Akshay’s mother. A woman who evidently has brought up her son to believe that he is incapable of making his own decisions and must tag along to his mom’s pallu to “fall in line”. A woman who got married into a traditional Indian family that expects its bahus and betis to behave a certain way, be “flexible” and abide by the traditional Indian value systems, some of which we now recognize are regressive. Yet, she wishes for the exact same qualities in her bahu in 2020!

Author Arnab Ray (@greatbong) recently explained the Bollywood de-platforming controversy on his podcast and I think that pretty much sums up the behavioral patters of the likes of Akshay’s mom. “I got treated badly by someone so now I will hand out the same treatment to the next person.” That’s exactly what this is! Akshay’s mother’s control over her sons is appalling to say the least, as she announces some of life’s biggest decisions like when to have a child and when or who to marry, pre-decided by her for her sons, as if they were a two-bit to-do list scribbled on a notepad. 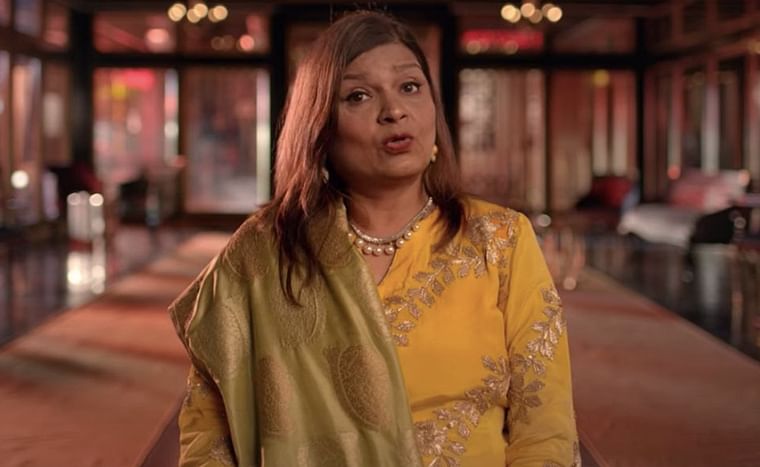 Indian Matchmaking: An open letter to those writing open letters To Sima Taparia

Yet I don’t see feminists calling out women! The Indian matchmaking evidently shows that it’s the women who are regressive and perpetuating a culture that is filled with misogyny and redundant sanskars. Yet, I see feminists blaming men and men alone for regressive and repressive practices in their perineal urge to sound politically correct and woke.

While feminists are busy craving attention on social media day-in and day-out with boob mugs and period blood pictures, the whole point of the movement is being missed. One of the things on the criteria list for a supposedly modern, progressive woman on the show, that took me by surprise was, “I want the boy to have equal to my pay or higher.” Which essentially means that I cannot take a husband who earns lower than me, ‘cuz that somehow reflects on my image. So, my dignity and self-worth come from the fact that my husband earns more than me which then cushions me with some warped sense of security. This is the complete opposite of progressiveness and women empowerment. I am even more surprised that feminists don’t even seem to be recognizing these patterns in women on a show like this, let alone having an objective, rational discussion over it.

Aparna, the headstrong, confident lawyer says in her criteria list, “If a guy dresses the way he dresses, that's negotiable later. We can talk about that. I am obviously very particular about what I wear." Just imagine for a moment that this line was said by a man on the show. He would have been instantly turned into a chauvinistic, patriarchal, misogynist monster by feminists. Somehow, it seems okay for a woman to say out loud that she will, in all probability, have a say on how the guy dresses.

Another example of a contorted sense of independence and woman empowerment comes from Ankita, this Delhi girl who runs her own company. When her mother says, “…just want a guy for you who can be a loving person and can look after you…” Ankita quips in stifling wokedom, “No, in what way? I can look after myself!” When did men and women “looking after” each other and “taking care of each other” become a rebellious chapter on how to be a modern-day, empowered feminist? We all need looking after. We all need support. Men and women. And there is no shame in that. We needed our parents’ support. At some point, it’ll be the other way around. A man and woman come together in marriage to look after each other, to take care of each other, to build lives with each other. Just as a woman needs a man’s care, a man also needs a woman’s care, in a relationship. Why and how has this straightforward way of life turned into a femi-nazi, how-dare-you-say-I-need-a-man’s-support war cry, I don’t know. The same “progressive” Ankita later goes on to reject Kshitij’s alliance because he’s a divorcee. Yeah yeah, I know! She says she has a problem with the matchmaker who didn’t reveal Kshitij was a divorcee. Sure! That’s fair! She has the right to have complete information on who she is going out with it. Having said that, she claims she had a great time on the date and up to the moment she found out about his divorce, she is all gung-ho about the guy and his achievement as an entrepreneur himself. Yet, once she comes to know of his divorce, she blames it on the matchmaker for not revealing the facts and chooses to move on, vindicating the matchmaker’s reasoning behind why she doesn’t tell people about a divorced alliance from the beginning and waits for the date to happen. Because once people are told, they choose to not even meet the divorcee. Feminists empathize with Rupam who is also a divorcee but don’t seem to talk about how Ankita treats a male divorcee. So much for all the progressive gyan Ankita spews on the show, even quite generously calling herself “Phoebe” from Friends. I swear I cracked up in that scene ‘cuz this woman was confidently comparing herself to Phoebe Buffay who married a Canadian ice dancer to merely help him get a green card. Hell, she carried her brothers’ babies in her womb! It takes God-level sacrifice and a sense of complete self-assurance and real empowerment to do the things Phoebe did, something I seriously doubt social media wannabe feminists even get.

Of course, I know how feminists will react to this article. “Oh Surya, patriarchy is done by women too, it’s a system entrenched by men, when did we say women don’t do patriarchy?”

At this point I will have two responses.

One: don’t try to mansplain me, to which you may point out that you are a woman so this can’t be mansplaining and I will then say “patriarchy is a system entrenched by men, when did I say women don’t do patriarchy, of which mansplaining is a part”. See what I did there? Which brings me to the second response. The fact that you think that women are manipulated by a system made for men by men takes away agency from women, rendering them as passive puppets manipulated by clever men, and that, as a woman, I find truly regressive.

It is far more empowering to think that men and women can be equally bad, power hungry in relationships and manipulative, because they are both driven by natural human impulses of seeking control, rather than the one-sided victimhood narrative that seems always to be in play, the “abala nari” trope turned on its head, but a trope still nonetheless.

Surya Ragunaathan is a singer and movie buff; and tries hard to keep emotions out of objective discussions on science, life and this world. Yes, she is a woman. 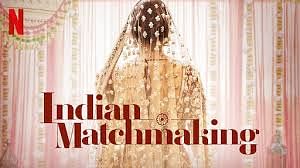 Indian Matchmaking: The system is worse than the series